"President Moon Jae-in has commended the efforts on achieving denuclearization and sustainable peace on the Korean peninsula, made by Special Representative Biegun, and asked him to pursue his efforts to attain peace progress on the peninsula," the presidential administration said, adding that the US envoy had, in turn, promised to do his utmost to complete this historic mission.

Biegun is currently on a visit to South Korea and Japan where he is holding several meetings on the issue of North Korea with his counterparts amid growing nuclear tensions in the region. 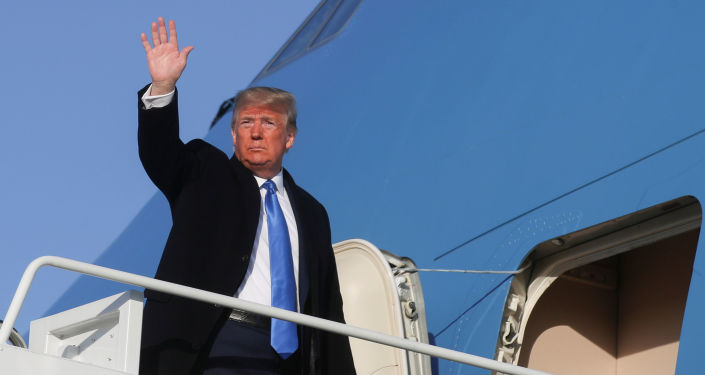 © REUTERS / LOREN ELLIOTT
'We'll See': Trump Reacts to DPRK Ambassador Statement That 'Denuclearisation Is Off the Table'
In October, Pyongyang gave the United States until the end of the year to come up with a mutually acceptable deal to advance the denuclearization process. The North Korean Foreign Ministry said that the dialogue on denuclearization promoted by Washington was no more than a "foolish trick."

In December, North Korea has so far conducted two missile tests to collect new data and test the latest technologies. The US is set to continue the denuclearisation talks despite relatively small progress.