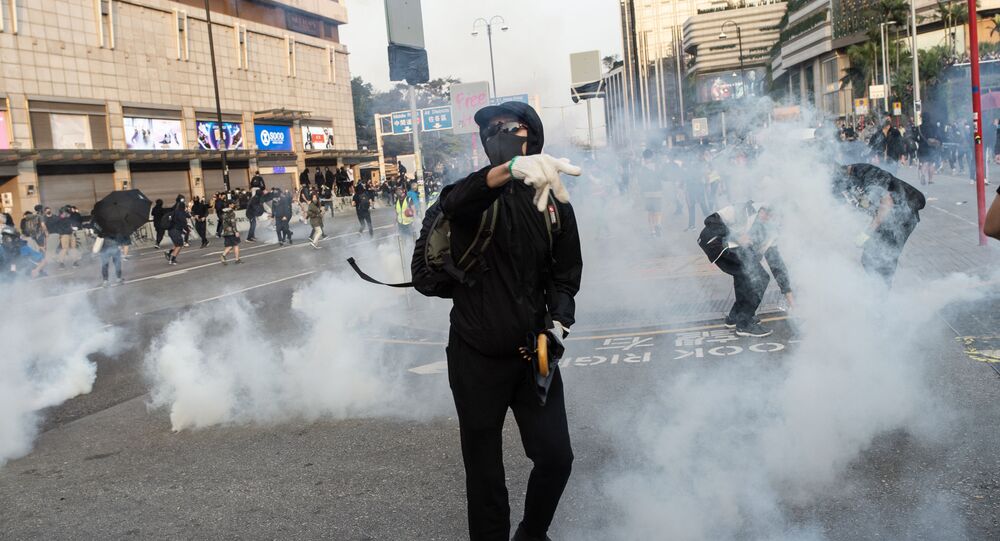 BEIJING (Sputnik) - Chinese Premier Li Keqiang urged Hong Kong Chief Executive Carrie Lam on Monday to end the civil disorder in the city and solve the political and economic problems that have resulted from the unrest, the South China Morning Post newspaper reported.

Lam arrived in Beijing earlier in the day for her annual duty visit, during which she reports on the situation in Hong Kong to the Chinese authorities. The chief executive is expected to meet with Chinese President Xi Jinping.

"The central government fully acknowledges the efforts made by you [Lam] and the city’s government. Hong Kong has yet to come out from the difficulties. The city’s government must continue to make efforts in stopping violence and ending the chaos in accordance with the law, and restore order," Li was quoted as saying by the South China Morning Post newspaper.

According to the Chinese premier, it is crucial to analyze such long-lasting conflicts and issues regarding the socio-economic development of the city, as well as ensure its peace and stability.

Li emphasised the difficulties in the economic sector, noting that the city was facing a very serious and difficult situation.

"You have been leading the government in doing the utmost to safeguard social stability, and rolled out a series of measures to help businesses and stabilise employment. It can be said that you rose to the challenges," the Chinese official said.

Lam, in turn, admitted that Hong Kong, indeed, has been faced with an extremely difficult situation in the political, economic and social spheres over the year.

© REUTERS / Danish Siddiqui
Hong Kong Protests Calm Down After Arrests, Leaving Only ‘Isolated Group of Hardcore’ Activists
What started as calm demonstrations over a controversial extradition bill in the early days of June, took a violent turn in the weeks that followed, resulting in non-stop protests coupled with clashes between protesters and police. The unpopular legislation was eventually withdrawn in October, but the public is now demanding that the police be held accountable for their excessive use of force against the protesters.