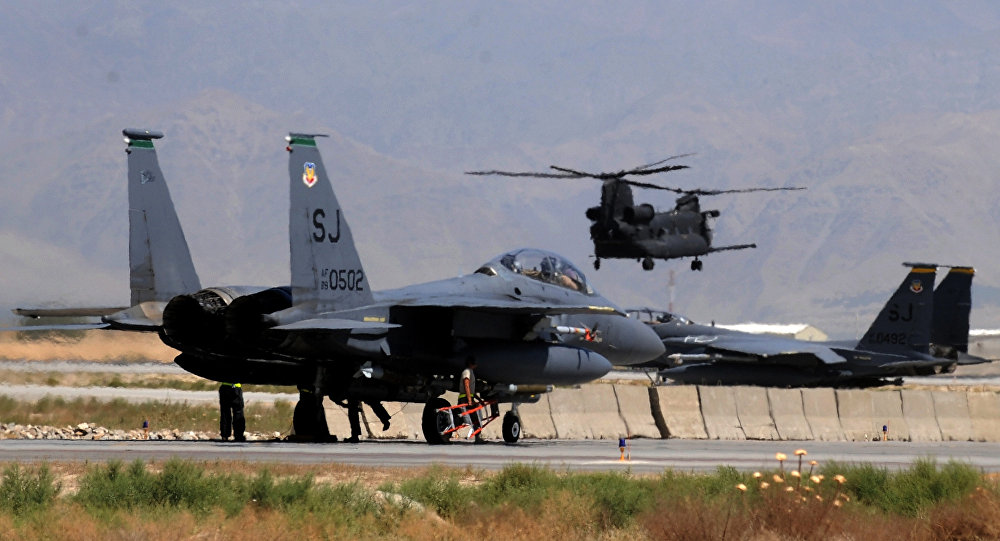 The US Air Force has published photos of the inside of the passenger terminal attacked by a Taliban suicide bombing on Wednesday. The attack killed two Afghan civilians and injured at least 70 people. Meanwhile, unconfirmed video of US munitions striking an unfinished hospital held by the Taliban have emerged on social media.

Photos released by the Pentagon on Thursday show the wrecked interior of the unfinished passenger terminal at Bagram, a massive US base in eastern Afghanistan. A Taliban attack targeting an unfinished hospital just outside the base on Wednesday morning caused extensive damage to nearby houses and a mosque, as well as the passenger terminal.

The photos show a mess of broken metal, ceiling tiles and random debris strewn about the interior. Military.com noted airmen from the 405th Expeditionary Support Squadron would attempt to salvage the remaining structure of the building.

US Air Force photo by Airman 1st Class Brandon Cribelar
Air Force airmen clear debris inside the passenger terminal the day after a Taliban-led attack at Bagram Air Base, Afghanistan.

US Air Force photo by Airman 1st Class Brandon Cribelar
Air Force airmen clear debris inside the passenger terminal the day after a Taliban-led attack at Bagram Air Base, Afghanistan.

Following the early morning explosion, Taliban fighters attempted to breach the base itself via a separate entrance through the hospital. A 10-hour firefight followed that only ended when US forces called in an airstrike.

A video posted by the Army WTF Moments Twitter account claims to show the moment two munitions struck the hospital as US soldiers cheered on the strike. However, Task and Purpose could not confirm the authenticity of the video with a spokesperson for Operation Resolute Support, the US mission in Afghanistan.

"Bombs landing on an abandoned hospital the Taliban are holding themselves up in. We've been on siege lockdown since 0600"@TheWTFNation @JimLaPorta @TaskandPurpose I guess we will go ahead and cover the story right? pic.twitter.com/zlaEvYs3mZ

​No Taliban fighters breached the base itself during the attack. The militant group, ousted from power by the October 2001 US invasion, has mounted significant resistance in the 18-year conflict ever since, with the US forced to enter peace negotiations with them beginning last December.