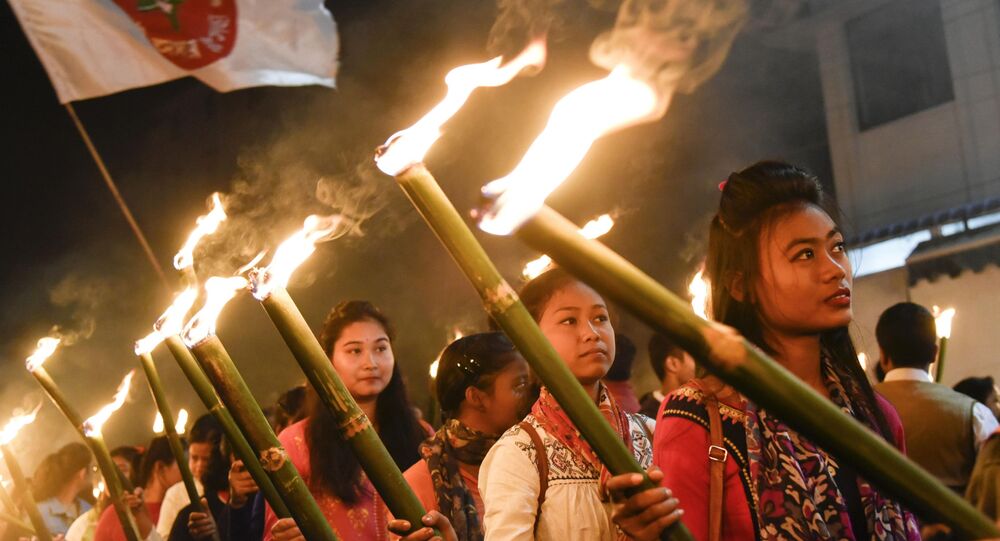 A leading student union in Assam, the All Assam Students Union (AASU) has gone on a day-long hunger strike to protest the legislation, the Citizenship (Amendment) Act. The students were joined by people from all walks of life, including artists, singers and film stars.

The protesters have vowed to continue their agitation despite the government imposing prohibitory orders in several parts of the state, including the capital Guwahati and the twin city of Dibrugarh.

“We will not succumb to any pressure and our agitation will continue,” the Press Trust of India (PTI) news agency quoted a student leader, Samujjal Bhattacharya of AASU, as saying  on Friday.

On Thursday, two persons were killed and several injured when police opened fire to control a violent mob in Guwahati.

The new law grants citizenship to illegal immigrants who are Hindus, Sikhs, Buddhists, Christians, Jains and Parsis, who entered the country from Pakistan, Bangladesh and Afghanistan before 31 December 2014. It, however, contentiously does not grant citizenship to Muslims arriving from these three neighbouring Muslim countries.

Since the declaration of the new law, violent protests have also been reported from other north-eastern states, Tripura and Meghalaya, forcing the federal government to deploy troops and order the suspension of internet.

The new law has also its diplomatic fallout, with the United States urging India to ensure the protection of the rights of religious minorities.

“We are closely following developments regarding the Citizenship Amendment Bill. Respect for religious freedom and equal treatment under the law are fundamental principles of our two democracies,” a State Department spokesperson said on Thursday.

Earlier, a US federal commission had asked the Trump Administration to impose sanctions on India’s federal Home Minister Amit Shah and other leaders, if India went ahead with the legislation. New Delhi, however, strongly rebuffed the panel and accused it of being guided by “prejudices and biases”.