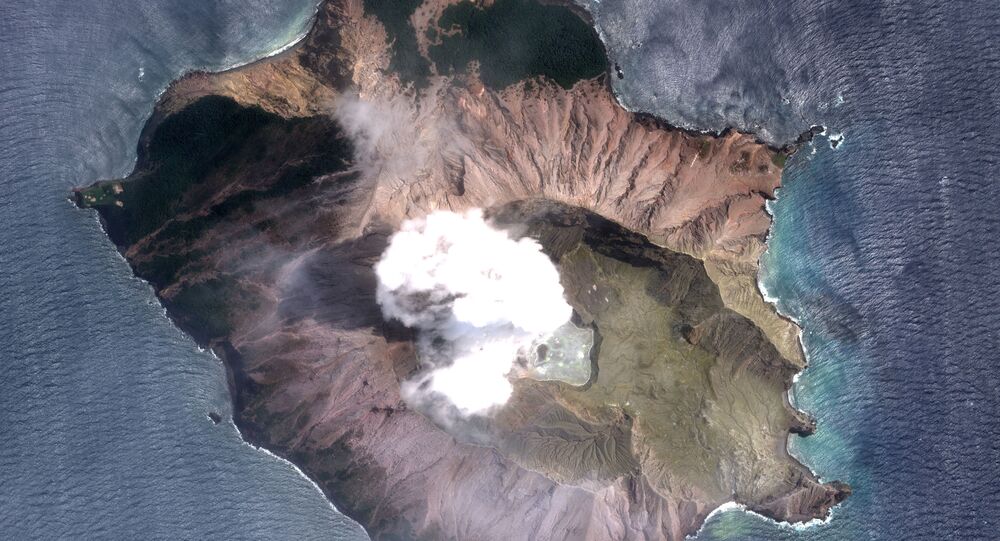 New Zealand police have confirmed that at least six bodies have been recovered from the White Island's still-active stratovolcano and airlifted to the HMNZS Wellington following the recent eruption.

“The operation to recover the remaining bodies continues," Deputy NZ Police Commissioner John Tims announced Friday morning in New Zealand prior to the recovery of all six bodies identified by authorities, reported The Guardian.

The vessel is expected to reunite the victims with their family members - who have demanded the reunification following Monday's natural disaster.

While a total of eight bodies were previously identified for recovery, it's unclear whether the additional two corpses will be accounted for at this time.

Earlier this week, Tims revealed via a livestream press conference that a criminal investigation into the deaths and dozens of injuries that came about following the "circumstances of the death and injuries on White Island."

The Guardian reported that during a recent interview with ABC Radio National, New Zealand Prime Minister Jacinda Ardern explained that workplace health and safety regulator WorkSafe New Zealand and the country's coroner were investigating the issue.

“I’m passing no judgement,” she said. “I need that job to be done properly and [families and the community] deserve to have their questions answered.”

Around 100 tourists were forced to evacuate on Monday as the natural disaster unfolded and resulted in the death of eight individuals (though some reports claim at least 16 have lost their lives). Dozens of others were reportedly injured from the volcano's eruption - many with severe burns.