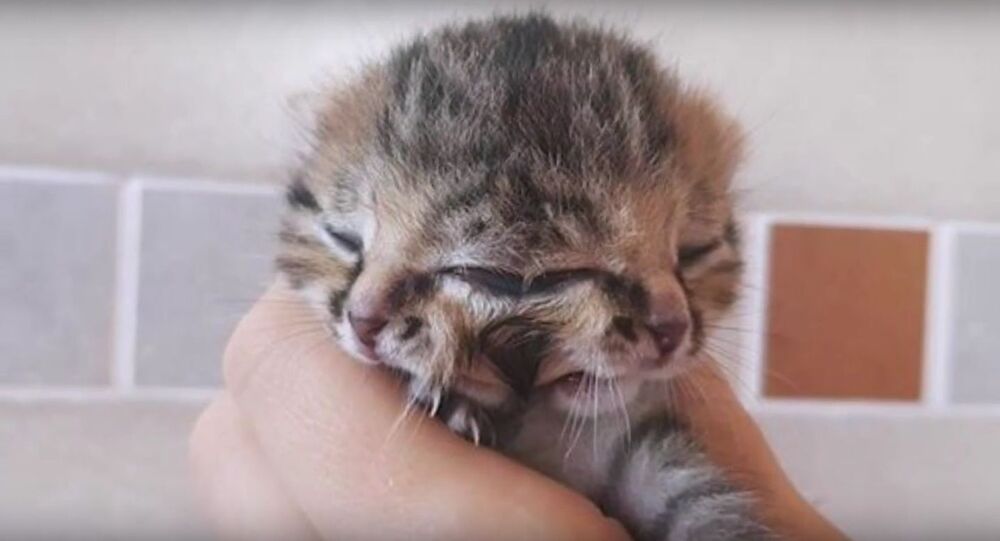 Diprosopus, which is a scientific name for the phenomenon of being born with two faces, is considered to be an extremely rare congenital disorder.

A very special kitten has come into the world in a village in the Ratchaburi province of Thailand, who, by a whim of nature, was born with two snouts, the Bangkok Post reported.

According to the owner of the unusual kitty, 52-year-old Chabaprai Nilpet, her Persian went into labour on Monday, giving birth to just one kitten. Due to complications, she was unable to deliver the rest of the litter.

Nilpet then rushed her pet to a veterinary clinic where the cat had a caesarean. The doctors extracted two kittens from her womb, one of which had two snouts. The newborn had trouble breathing, but the vet ventilated its lungs, after which the two-faced marvel was able to regain its strength and breathe normally.

"I called his left snout 'gold' and the right one 'silver'. I am going to take good care of it so that it lives as long as possible because I have never seen such a curious cat," Nilpet told the newspaper.

The owner now feeds her special pet with a syringe as its condition prevents it from being breastfed by its feline mommy.