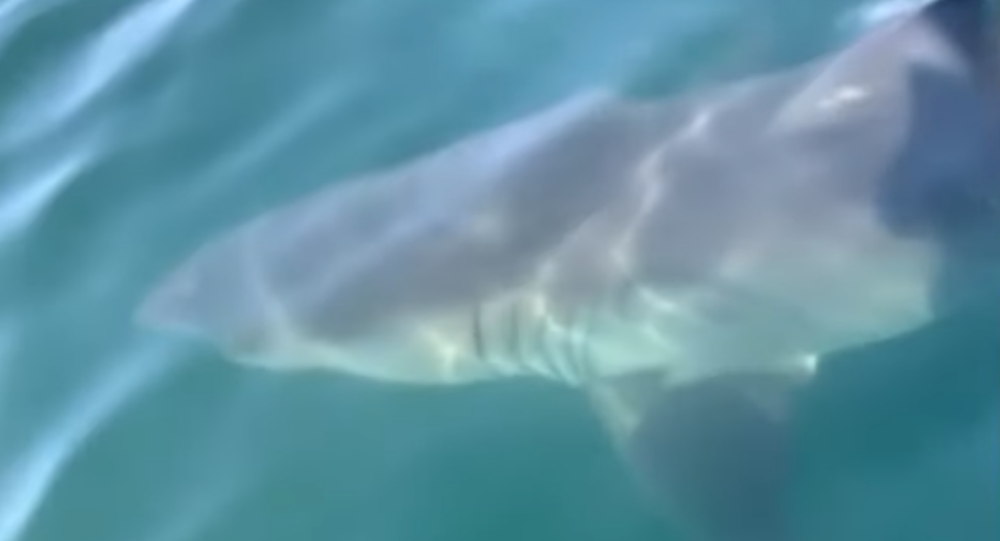 Just a Scratch: Man Gets His Arm Mauled by Shark and Then Drives Himself to Hospital - Report

The latest shark attack in Australia comes just days after another snorkeler, said to be in his 30s had a miraculous escape following a chance encounter with a deadly predator. The man only suffered bruises to his chest and cuts to his foot in that incident.

An Australian man had his armed mauled by a shark and then drove himself to a hospital. The accident occurred on 7 December when Peter O’Halloran was swimming 400 metres from the shore in Exmouth in the state of Western Australia. The 57-year-old snorkeler said he saw a flash and bubbles before the shark sank its teeth into him. “Something grabbed me on the arm and gave it a good shake”, said O’Halloran in an interview with a local TV channel. The man noted that the predator took “a good old bite” out of his arm.

The snorkeler managed to swim away, jumped into his car and drove himself to a hospital before boarding a flight to Perth, where he underwent surgery. Speaking to reporters about the incident, the Australian showed them an X-ray of his injuries and said he was missing a bit of bone in his arm. He revealed that he has been swimming at the same spot for years and noted that the possibility of being bitten by a shark was “always in the back of his mind”. When reporters asked whether the attack was painful, the snorkeler replied: “Nah, not a problem".

According to the Australian Shark Attack File, 10 people have been injured by deadly predators this year. Another Aussie recently revealed how she was bitten by a tiger shark in 2018, but was miraculously saved by her husband and a friend, who quickly applied first aid. The predator bit the woman’s inner thigh the moment she dove into water.