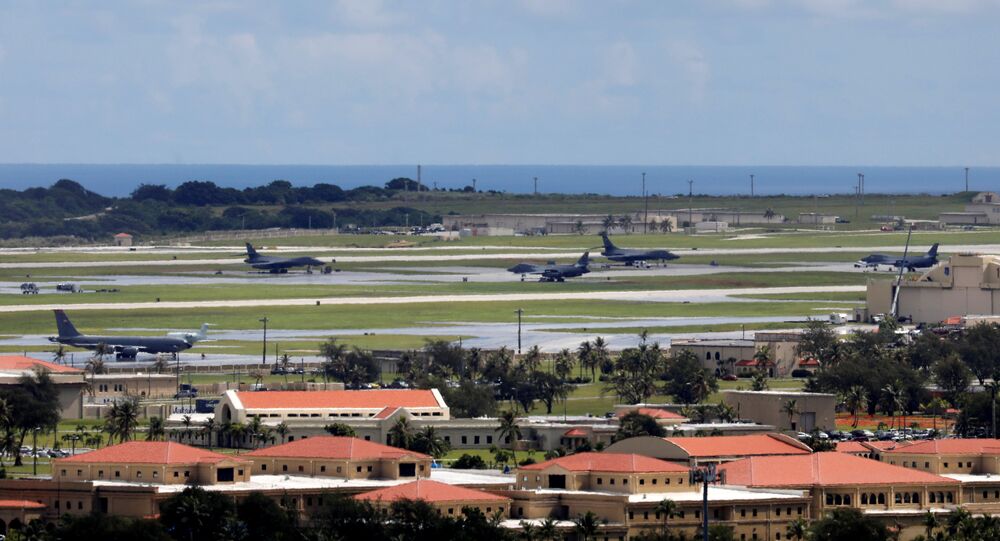 The defense ministers of Singapore and the United States have penned an agreement to set up a Singaporean Air Force training detachment at the US base on Guam. The move comes amid deepening ties between Singapore and Beijing, including combined military exercises and legal agreements.

On Saturday, Singapore Defense Minister Ng Eng Hen and US Secretary of Defense Mark Esper signed a Memorandum of Understanding that laid out the framework of a Republic of Singapore Air Force (RSAF) detachment at Andersen Air Force Base on Guam for training purposes, Channel News Asia reported. The agreement provides for training Singaporean pilots in the F-15SG and F-16 aircraft, both of which the city-state bought from the US.

Guam becomes the RSAF’s fourth detachment on a base on US territory, with the service also having presences at Mountain Air Force Base in Idaho and Luke Air Force Base and Marana Air Force Base, both in Arizona.

“The vast training airspace in Guam will allow the RSAF to conduct realistic training, to hone their capabilities and readiness,” Singapore’s Ministry of Defense said in a statement quoted by CNA. The tiny country, just 35 miles across, must coordinate the use of airspace with Malaysia and Indonesia - an issue that came to a head in April, when Kuala Lumpur sought to reclaim airspace control previously “delegated” to Singaporean air traffic controllers, CNA reported at the time.

"Not only do these detachments help secure Guam and deter foreign aggression by tapping into foreign allied presence, it also helps expose Guam to new markets and reinforces our reputation as a geopolitically safe destination," Guam’s non-voting delegate to the US House of Representatives, Michael San Nicolas, told Pacific Daily News. "Welcome Singapore Air Force!"

Andersen is the most important US Air Force base west of Hawaii, housing much of the Air Force’s strategic bomber fleet.

Faizal Abdul Rahman, a research fellow at Singapore’s S. Rajaratnam School of International Studies, told the South China Morning Post on Monday that as Singapore has “always been a close friend” of Washington, the agreement was “just a continuation of that strategic and operational partnership.” More than 100 US warships and between 800 and 1,000 US military aircraft pass through the city each year.

However, Washington isn’t the only one seeking out Singapore for military cooperation: Beijing has also been expanding its partnership with the Lion City, with Singaporean Law and Home Affairs Minister K. Shanmugam singing an agreement with Chinese Justice Minister Fu Zhenghua in Guangzhou on Sunday to deepen legal and judicial cooperation between the two countries. The Straits-Times noted that the Singapore-China Legal Cooperation Council created by the deal will meet every other year and handle a variety of international legal questions.

The Diplomat noted that efforts by Singapore and Beijing to step up defense relations began on the sidelines of the Shangri-La Dialogue defense summit in May. The talks led to another set of Exercise Cooperation bilateral drills, which they have held four of since 2009, in July and August. The 10-day exercises saw Singaporean and Chinese forces coordinate urban counterterrorism drills as well as professional and cultural exchanges.