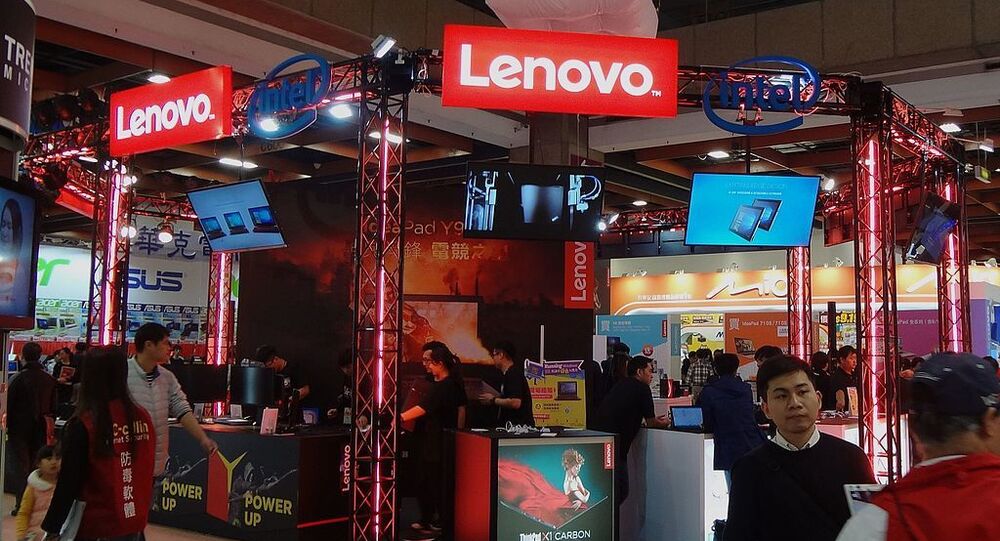 The move is likely a response to the crackdown campaign the US initiated against Chinese tech companies this year, specifically against Huawei. Washington justified the significant move amid the ongoing trade war between the countries, by calling Chinese hardware a national security risk.

The Chinese government has ordered all of its institutions and agencies to start replacing all foreign-made equipment, computers and software with domestically-produced products, the Financial Times reported. Such documents are not publically disclosed in China, but the newspaper obtained the information about the new policy from sources in Chinese cybersecurity companies, which learned about it from clients in the government.

According to these sources, the order came from the Chinese Communist Party's Central Office earlier this year and was designed to switch government agencies and critical infrastructure to "secure and controllable" technology, in line with regulations first laid out in 2017 by Chinese Cyber Security Law.

According to estimates of a China Securities broker cited by the newspaper, between 20 and 30 million pieces of hardware need to be replaced under the new policy, which was nicknamed "3-5-2" over its set tempos – 30% of all equipment should be replaced in 2020, 50% more in the next year and the remaining 20% in 2022.

Likely Major Blow to US Economy

The reported new policy is likely to affect major US hardware and software companies like Microsoft, which even developed a "Chinese Government Edition" of Windows 10 in 2017 to stay on the market, as well as HP, Dell, Intel and others. Analysts at Jefferies, quoted by the Financial Times, say that the total market for US hard and software products in China accounts for $150 billion a year in revenues. But government agencies are responsible for only part of it, with private companies unlikely to switch to domestic products voluntarily, one cybersecurity analyst opined.

"Let's see what the government orders are — they will not proactively want to substitute since the investment is high", the analyst said.

Even without the private sector, the loses for the US tech companies will be significant. Thus the new policy might be Beijing's response to the US crackdown campaign against Chinese tech giants, like Huawei, initiated earlier this year. Washington namely banned Huawei's equipment from American soil and severely limited US companies' ability to sell software and components to the Chinese tech giant without special permissions.

Washington justified the move by accusations against Huawei of leaving backdoors in its products to enable surveillance by the Chinese government. On the same grounds, the White House pressured its allies in Europe and beyond to deny Huawei entrance to their 5G networks. Both Beijing and the company deny US allegations with Huawei filing a suit against Washington's actions.

Possible Impediments of the Policy's Implementation

The Financial Times indicates that Beijing's alleged plan might not work as smoothly as it plans to. Most government computers use Microsoft's Windows operating system, and the majority of domestically-developed software is written for it and is not compatible with Chinese Linux-based Kylin OS. Though it is technically possible to launch some of Windows applications on Linux-based systems using emulators or so-called compatibility layer, like Wine, it's unclear if it will be permissible under the new alleged regulations.

The situation with PCs also remains unclear – the biggest Chinese producer of computers, Lenovo, is indeed capable of delivering domestically-assembled PCs to the government since it fully acquired IBM's personal computer business in 2005. However, it still uses US-made chips manufactured by Intel and hard drives produced by Samsung, which technically violate the requirements of the reportedly implemented policy.

© AP Photo / Mark Schiefelbein
Huawei Plans to Move US Research Centres to Canada Amid US Crackdown, Trade War on China

There is a possibility that Lenovo will come up with replacements for the foreign-made parts, following the suit by Huawei, which was cut off from its US-suppliers after the newly imposed measures by Washington. The company developed its own OS to replace Google's Android in the future and plans on replacing other components too.

Beijing Calls on US to Stop 'Unreasonable Pressure' on Chinese Companies, Including Huawei