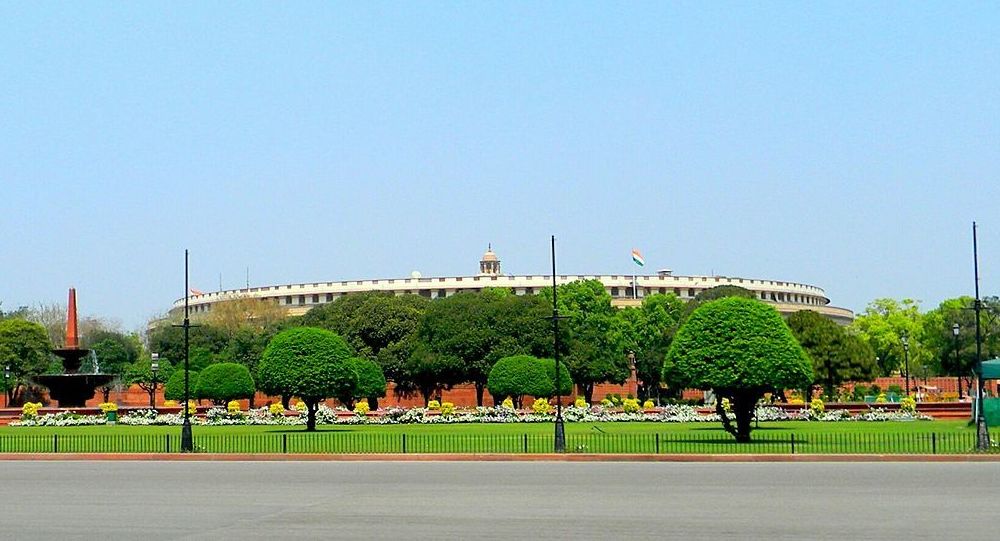 New Delhi (Sputnik): India’s Federal Home Minister is expected to table a bill in Parliament on Monday to grant citizenship to illegal migrants, who are Hindus, Sikhs, Buddhists, Jains, Parsis and Christians from Afghanistan, Bangladesh and Pakistan.

The proposed Bill has come under criticism of India’s opposition parties and civil society as it is discriminatory on the basis of religion as it excludes Muslims. A group of one thousand Indian scientists and scholars have issued a statement expressing concern over the proposed legislative change.

“The stated intent of the Bill is to provide refuge to persecuted minorities from neighbouring countries. While we support this laudable objective, we find it deeply troubling that the Bill uses religion as a legal criterion for determining Indian citizenship,” reads the statement.

They called for the immediate withdrawal of the Bill and for it to be replaced with appropriate legislation that would address the concerns of refugees and minorities in a “non-discriminatory manner”.

The signatories include scientists and scholars from leading scientific research institutions in India like Tata Institute of Fundamental Research, Mumbai, International Centre for Theoretical Sciences, Bengaluru, several Indian Institutes of Technology and Indian-origin scientists from institutions like University of Chicago, Central Michigan University and Harvard University.

The draft Bill reads: “persons belonging to minority communities, namely, Hindus, Sikhs, Buddhists, Jains, Parsis and Christians from Afghanistan, Bangladesh and Pakistan….shall not be treated as illegal migrants for the purpose of the Act.”

Dr Shashi Tharoor, a former UN diplomat and currently a member of Lok Sabha, the lower house of Indian Parliament, while endorsing the statement said his party – the opposition Indian National Congress has also been objecting to “precisely what they intend to”.

A thousand Indian scientists have signed a strong statement deploring the Citizenship Amendment Bill: https://t.co/QlJgufn9to. But will this bigoted Government listen? What we are objecting to is precisely what they intend. It’s not as if they don’t know what they’re doing.

The ​Indian Union Muslim League, an opposition party primarily representing Muslims in the country has decided to oppose the introduction of the bill in Parliament.

​Several other opposition political parties have also announced, they would oppose the proposed legislative change, as it was discriminatory to one community.