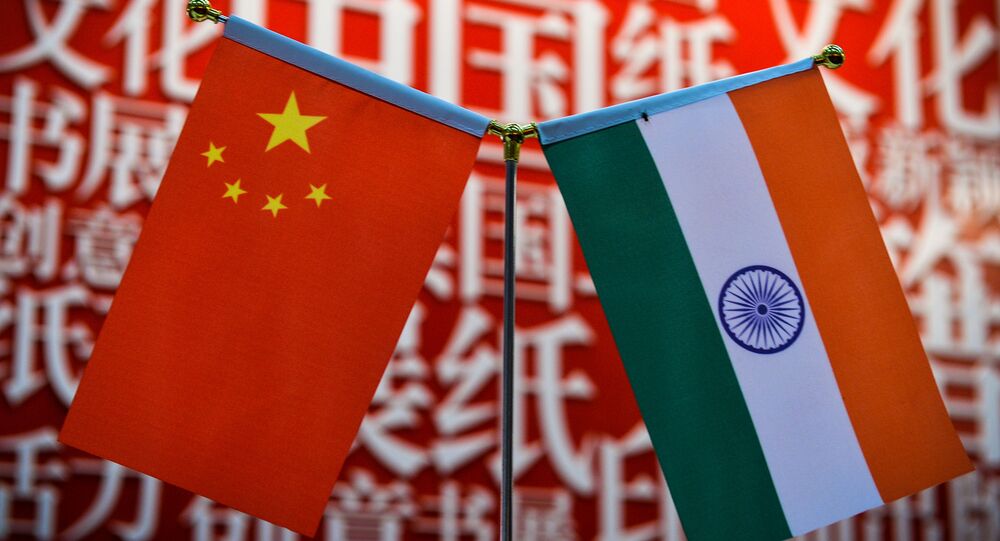 New Delhi (Sputnik): This year’s exercise comes against the backdrop of China objecting to India’s decision to declare the region of Ladakh a central government-administered territory. Beijing claims that this move undermines “China’s territorial sovereignty by unilaterally changing its domestic law”.

The 8th India and China joint military exercise- 'Hand in Hand' - focusing on counter-terrorism operations began in the northeastern Indian state of Meghalaya on Saturday.

A 139-member contingent of the People’s Liberation Army (PLA) of China is in India to improve their terror combating capabilities and to promote mutual military understanding with India, official sources said.

The Chinese contingent is led by Major General Li Shizhong and Senior Colonel Wang Weijun of the Tibet Military Command. The Chinese are taking part in an exercise planned at the company level with respective battalion headquarters controlling the training schedule.

According to Indian Army sources, the 14-day exercise is aimed at practicing joint planning and conduct of counter-terror operations in a semi-urban terrain.

“The exercise is focused on training through various lectures and drills associated with counter-terrorist handling and firing with each others’ weapons, battle obstacles course, special heli-borne operations, and case studies of various operations carried out in a counter-terror environment", the sources said.

India’s Defence Minister Rajnath Singh has said that notwithstanding perceptional differences over the border with China, New Delhi and Beijing share a mutually beneficial relationship in several sectors, including defence.

In 2018, an annual bilateral defence exercise was held in China's Chengdu in which 100 troops each from both sides participated.

No exercises took place in 2017 due to the 72-day-long standoff between Indian and Chinese troops in the Doklam region - a tri-junction at the border that separates India, Bhutan, and China.

The standoff created a military stalemate between the two countries that was only normalised after both sides agreed to disengage in August 2018.

On 13 November, Prime Minister Narendra Modi met Chinese President Xi Jinping on the sidelines of the 11th BRICS summit in Brasilia and decided that special representatives of both countries – Ajit Doval and Wang Yi - will meet towards the end of December to discuss the boundary question and other issues of mutual interest.