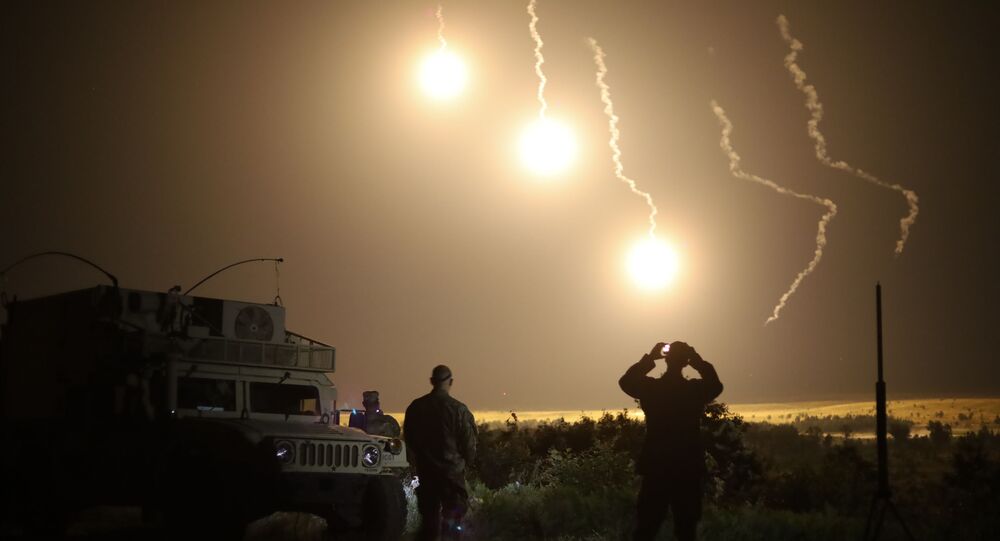 The US Marine Corps recently revealed that the service is suspending its use of illumination flare bombs in Okinawa after multiple deployed devices were found on local farmland near Camp Hansen.

In a statement to Stars & Stripes, the service revealed that the decision came about after it was discovered that “several” 60-millimeter mortar flares were found in the town of Kin between Thursday and Friday.

“Marine Corps Installations Pacific is working closely with the Okinawa Defense Bureau,” the emailed statement reads, referring to the agency which represents the Japanese Ministry of Defense in the prefecture.

“We value the safety of the local community in which we live and take this matter very seriously. The incident is under review, and we have suspended illumination training on ranges.”

Photos of the military flares and of one of the devices that landed in the middle of a rice paddy were snapped by Okinawan officials some 200 meters south of Camp Hansen, where US service members routinely carry out training sessions.

Screenshot/NHK World
Image taken by a local resident shows the moment in which US military flares were deployed before a device was discovered in a rice paddy field some 200 meters south of the US' Camp Hansen in Okinawa.

According to the US military-focused outlet, the parachuted device measures about 4 inches long and roughly 2 inches wide and weighs just half a pound. Officials have confirmed that the flare did not cause any injuries or property damage.

Although officials confirmed that the flares did not cause any injuries or property damage, local officials have stressed that such devices should only be used in secluded areas.

“This type of incident should not happen under any circumstances,” Okinawa Gov. Denny Tamaki told reporters Friday. “Any training that may potentially cause harm to life or property should take place in the middle of nowhere.”

An investigation by US officials into the incident is ongoing.

This, however, is not the first time that reports have surfaced of US military hardware making unexpected appearances throughout Okinawa. In August, Japanese officials demanded that US service members carry out a full inspection on their fleet of CH-53E Super Stallion choppers after a second helicopter lost its window while flying.