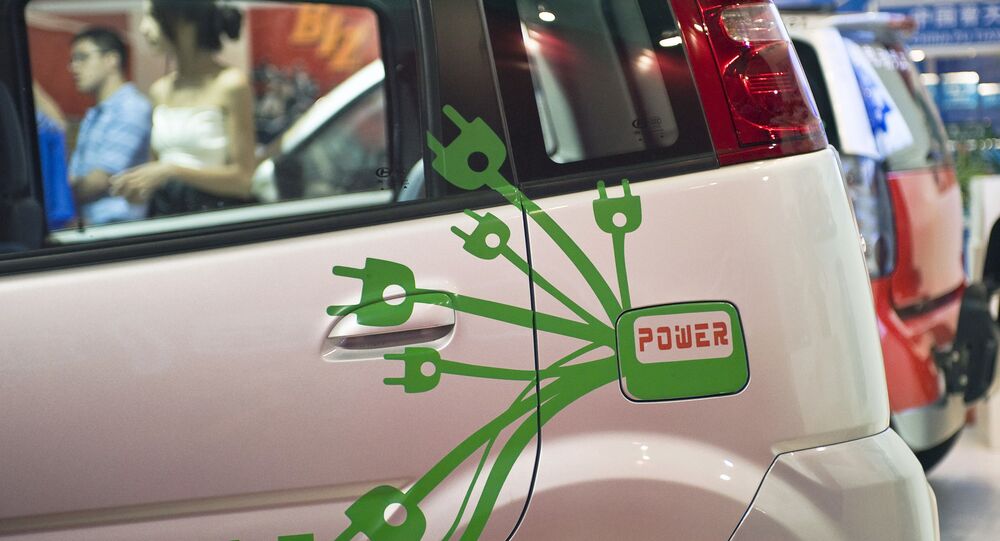 New energy vehicles are expected to account for 25 percent of the total car sales in China by 2025, up from the 20 percent estimated in 2017, an indication that the country is even more committed to making steady progress in the burgeoning sector.

The target has been updated in a draft plan released by the Ministry of Industry and Information Technology on Tuesday. The new plan will serve as the development guideline for the sector in China from 2021 to 2035.

It, however, does not include sales forecasts from 2026 to 2035 of new energy vehicles composed of battery electric cars, plug-in hybrids and fuel cell ones.

But it says that China will be an automotive power by 2035 and Chinese companies will be global leaders in new energy vehicle-related technologies. In addition, brands from the country will be competitive in international markets.

The plan suggests that from 2021 new vehicles for public use should be new energy ones in some areas including the Beijing-Tianjin-Hebei region, the Yangtze River Delta and the Pearl River Delta.

The market should also play a major role, with carmakers free to choose their technical routes, while the authorities will create a favorable business environment through legislation and quality supervision, said the plan.

It added that the authorities will make it easier for companies to enter the industry, facilitate use of new energy vehicles and improve charging infrastructure.

China has been the world's largest market for such vehicles since it overtook the United States in 2015. It is also home to the world's largest new energy vehicle maker BYD and the largest power battery producer CATL, which is a supplier for international carmakers including BMW and Volkswagen.

But their sales had been falling on a monthly basis since July after purchase subsidies were slashed, said the association.

China has been offering subsidies on purchases of such vehicles from 2009. But it has been phasing out the subsidies gradually and is scheduled to stop them altogether by the end of next year.

Yale Zhang, managing director of Shanghai-based consulting firm Automotive Foresight, said the new draft plan, which comes at a good time, will help boost confidence of companies in the sector.

"It shows the Chinese government's attitude and determination. It is a crucial sign to carmakers that this is the direction, especially as sales growth is slowing."

Carmakers have been speeding up their electrification process. At the Guangzhou auto show that concluded on Dec 1, one in six models were electric cars or plug-in hybrids.

Toyota's premium unit Lexus unveiled its first electric model, the UX 300e sport utility vehicle at the show. It said the model is specifically crafted to suit the needs of consumers in China and Europe, where it will be available in 2020, before it hits the Japanese market in 2021.

In November, Toyota partnered with China's BYD to build a joint venture for developing electric vehicles.

Volkswagen AG said it will invest 1.6 billion euros ($1.76 billion) with its Chinese partners on e-mobility in China in 2020, adding that it foresees spending more on new energy vehicles than on gasoline cars in coming years.

"We are closely watching the ups and downs in the new energy vehicle market. The ongoing long term growth still excites us, as our electrification gathers speed," said Stephan Woellenstein, CEO of Volkswagen Group China.

The German carmaker said it will offer 14 new energy vehicles in China by the end of this year. Its subsidiaries Audi and Porsche have also launched electric vehicles in the country as well.

The group said its China-made new energy vehicles will reach 30 by 2025, with their combined annual sales expected to total 1.5 million units.

China's Great Wall Motors and BMW unveiled their joint venture in Jiangsu province in late November, under which they will jointly develop and produce electric versions of the German brand's MINI vehicles.

BMW is also scheduled to produce its electric iX3 SUVs in Liaoning province in 2020 and sell them in China and other markets.

German automotive supplier Bosch is building a fuel cell plant in Jiangsu province. Its construction is set to be completed by the end of 2020 and smallscale production is scheduled to begin in 2021.

"As the first of its kind outside of Germany (by Bosch), the fuel cell center marks another strategic step for Bosch in boosting the widespread manufacture and adoption of fuel cell products," said Uwe Gackstatter, president of the Bosch Powertrain Solutions Division.

‘Electric Cars Are Going to Be Huge’ But Will Labour’s Battery Factories Kickstart a Sales Boom?