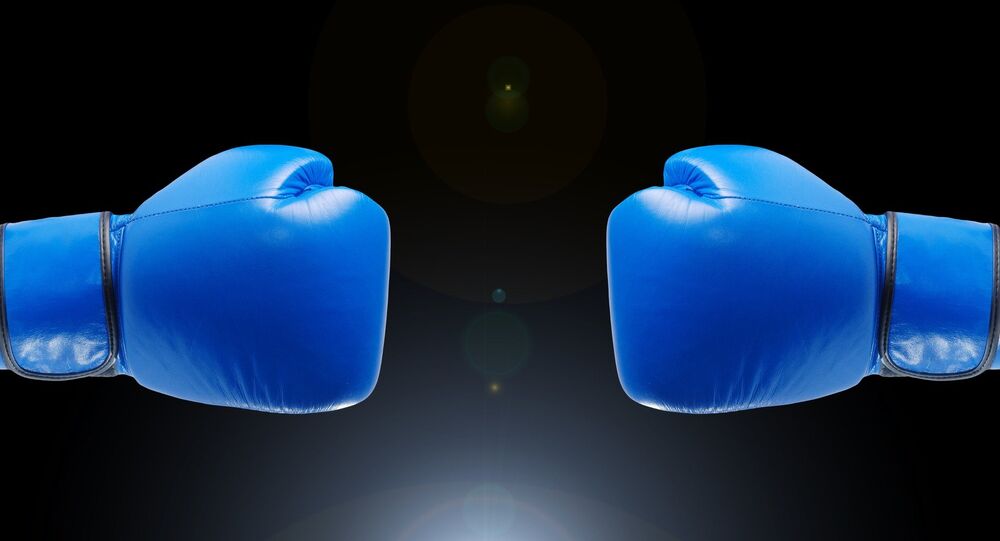 New Delhi (Sputnik):  Former Indian heavyweight champion boxer Kaur Singh represented India in the Los Angeles Olympics in 1984 , as well as in the Asian Boxing Championship and Asian Games. He also made headlines when superstar Shah Rukh Khan offered him Rs 5 lakh (approximately $7,015) when he was struggling to pay his medical expenses.

Indo-Canadian actor Karam Batth, who will play Kaur Singh in an upcoming biopic, feels that portraying the boxing legend in the film titled “Padma Shri Kaur Singh” was not a joy ride initially as he was very nervous to play a national hero onscreen. However his meeting with Singh changed his perception.

"Initially I wasn't very confident about this role, because once I decided to take up this challenge, there would be no looking back. It would require me to give up on everything and focus on getting under the skin of my character," Batth, who grew up in the Indian state of Punjab and later moved to Canada, said in a press statement.

Batth further added, "I was extremely nervous yet immensely excited when I met the legend for the first time. But it was his warm and welcoming personality that broke the ice within seconds.”

The actor said that Singh helped him understand the character well.

“He gave me all the necessary information - specifics about the way he talks, walks, behaves, his aggression, fighting techniques, and much more,” said Batth.

With the boxing champion's good wishes and perseverance to give the best, the actor started his journey of preparation.

"Moulding my body to look like a professional boxer has been tedious. I used to work out for hours under a personal trainer and my diet was under check. But finally, my hard work indeed paid off. This journey taught me a lot as an actor and I feel honoured to play the living legend of our country," the actor concluded.

The film, which also features Prabh Grewal, Baninder Bunny and Sukhbir Gill, has been shot in various parts of Punjab, and is expected to release in 2020.

Punjabi-speaking Canadians number roughly 668,240 and account for nearly 2% of Canada's population. They account for over one in every 20 people living in the province of British Columbia, home to the Canadian film and TV industry, where Batth attended the Vancouver Film School.