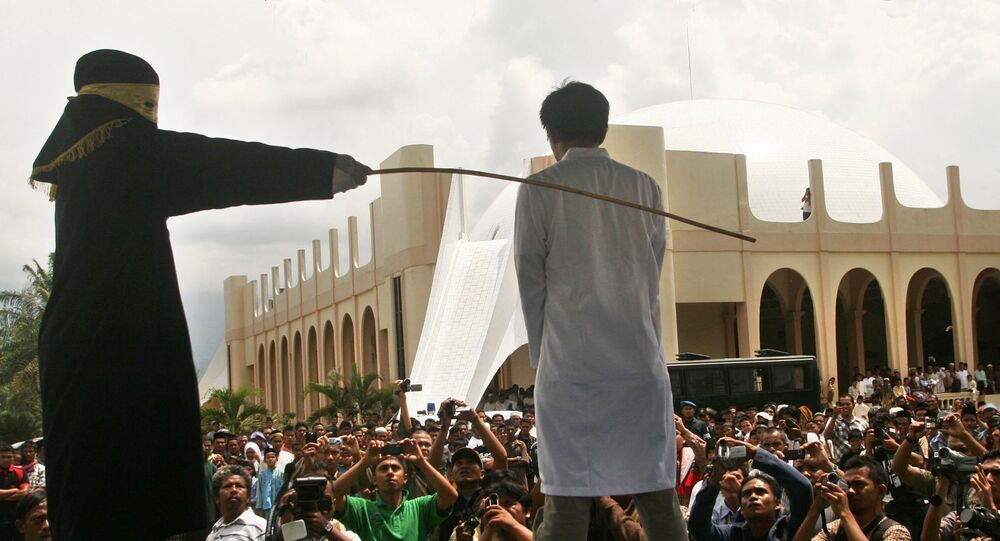 An Indonesian Muslim man was rushed to the hospital after his public punishment for pre-marital sex had to be broken up into two segments due to his losing consciousness during the religious Islamic law practice.

A 22-year-old man in Aceh, Indonesia, begged a Sharia officer on Thursday to halt the public flogging moments before passing out in front of a 500-person crowd, reported the AFP.

In accordance with Islamic law in the Aceh region, the individual was sentenced to receive 100 strokes from a rattan cane for having pre-marital sex with a woman - who also received 100 lashes in another district.

The Sharia officer finished the sentenced lashings after the young man received momentary medical attention, being ultimately taken to the hospital afterward.

The 22-year-old was not the only individual to pass out from a public caning. According to the AFP, citing local media, a woman in a separate case fainted while receiving her punishment Thursday in Aceh Tamiang. The details of her sentence and case were not divulged.

"The fact that two people were beaten unconscious today, in two separate incidents, is a damning indictment of the authorities who let this happen on their watch," Usman Hamid, director of Amnesty International Indonesia, asserted to the outlet on December 5.

The Amnesty director went on to call the Sharia punishment system exhibited in Aceh “cruel, inhuman and degrading” - even bordering on torture.

However, voices from the audience of some 500 spectators believed that the punishment was par for the course under their interpretation of Islamic law, and AFP reported that some were overheard cheering “harder, harder.”

"This is the consequence they have to face for violating the law," Muhammad Yunus, an attendee of the act, explained to the outlet.

Sharia was implemented in Aceh following the province’s special authorization for autonomy by Jakarta in 2001. Since then, religious officers have patrolled and monitored the region to detect punishable wrongdoing such as pre-marital sex, consumption of alcohol, same-sex relations and gambling.