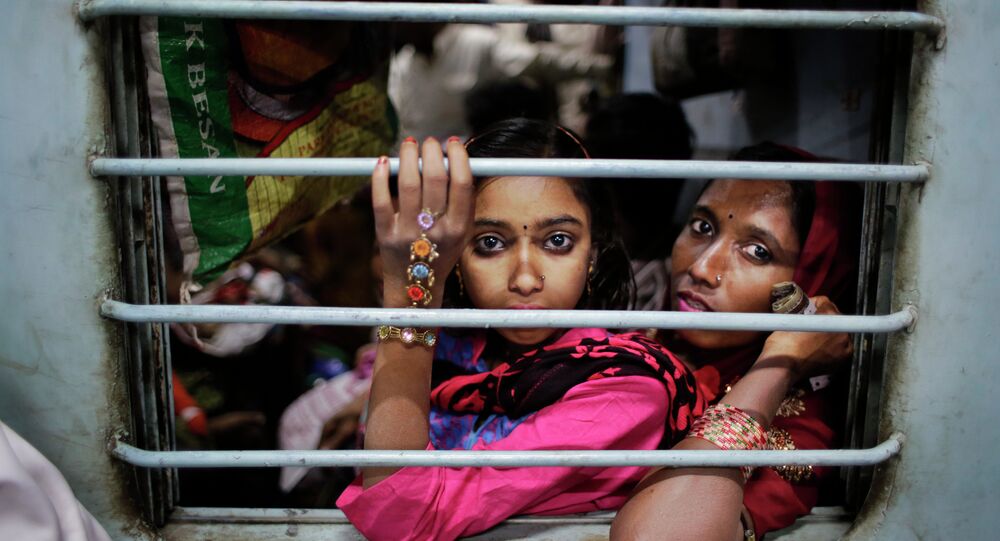 New Delhi (Sputnik): From a young veterinarian woman being found raped and burnt to death to a schoolgirl being raped and strangled to death, India has witnessed at least seven such brutal cases in the past week. Outraged citizens are increasingly concerned for the safety of women.

In view of the rising number of high-profile crimes against women in the country, state police departments have come forward to lend a helping hand by providing free rides to stranded women, police officials said.

Punjab State Chief Amarinder Singh recently announced free police help to drop women at home safely if they get stranded outside between 9pm to 5am.

This free-ride service, aimed at helping women in distress and to feel safe, is being provided through regular police control numbers in various cities and states including Delhi, Hyderabad, Punjab, Maharashtra, and Uttar Pradesh.

The pick-up and drop facility will be available to women who do not have access to a safe vehicle, including a taxi or a three-wheeler.

This state-wide service for women can be accessed using emergency response numbers e.g. 100, 112 and 181, depending upon the cities or State. It will enable any woman caller to contact police immediately through the police control room (PCR).

Following the initiative of the Punjab police, India’s Maharashtra Police launched a similar initiative of free rides in police vehicles for any woman who is alone or stranded.

This service was boosted last week after the gang-rape and murder of a veterinary doctor in Hyderabad. The 25-year-old veterinarian was gang-raped and later burnt to death by four men near a toll gate on the outskirts of Hyderabad.

The case, which shocked the nation, will now be heard by a fast-track court.

According to the latest National Crime Record Bureau statistics, India saw 359,849 cases of crimes against women in 2017.