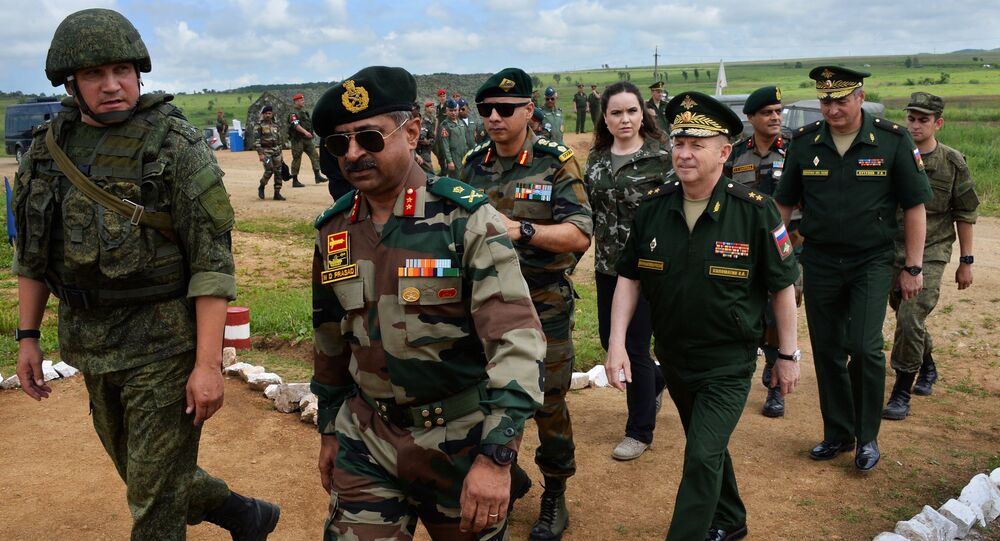 New Delhi (Sputnik): Despite several steps taken by the Indian government to create a healthy and appropriate environment in a bid to stop servicemen from killing each other, incidents continue to occur.

At least five members of one of India’s central armed police forces were killed and three others injured in the state of Chhattisgarh on Wednesday. Police describe such incidents, when a soldier or police officer kills someone he serves with, as 'fratricide'.

According to a police official, five Indo-Tibetan Border Police (ITBP) personnel were reportedly killed while three others were injured in the latest such incident.

“As per preliminary information, an ITBP jawan allegedly fired at his colleagues with his service weapon, killing four of them and injuring three others. Later, the jawan who opened fire was also gunned down,” the official said, adding that the injured were rushed to a nearby hospital and are undergoing treatment.

The incident occurred at the Kadenar camp of ITBP's 45th Battalion in Narayanpur, located around 350 km from Raipur, the capital of Chhattisgarh. The Indian state is the second most affected by the  Communist Party of India (Marxist-Leninist) insurgency; the first one being Jharkhand in central India.

According to the latest data released by the Ministry of Defence, there have been five cases  of fratricide in the Indian armed forces --the Indian Army, Indian Air Force and Indian Navy.

Recently, Union Home Minister Amit Shah had asked all the chiefs or Directors General of security forces to undertake an exercise and ensure that a constable gets to stay with his family for about 100 days.

According to a senior armed forces official, frustration and time away from family are cited as the reasons servicemen develop such tendencies.

Over the years, the Ministry of Defence has taken various steps, providing better quality facilities, training and deploying psychological counsellors, and launching of projects to reduce stress.