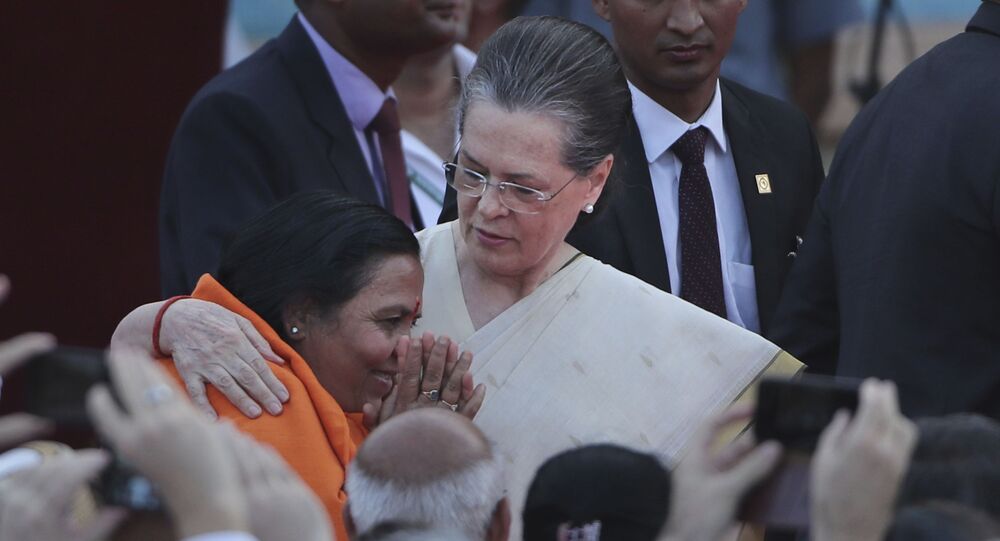 Indian Parliament Votes to Downgrade Security for the Gandhi Family

New Delhi (Sputnik):The Indian government has downgraded the security cover of Congress chief Sonia Gandhi and her children Rahul and Priyanka. The family will now be protected by the paramilitary force CRPF rather than the elite Special Protection Group (SPG).

The House of Elders of the Indian Parliament -Rajya Sabha -passed the Special Protection Group (Amendment) Bill on Tuesday in the absence of the Congress which staged a walkout in protest over the government's decision to withdraw SPG security from the Gandhi family which leads the party.

The Bill, which was tabled earlier in the day by India’s Deputy Home Minister G. Kishan Reddy as part of the process to formally declare it the new version of the existing law, saw heated exchanges between the opposition Congress and the country's Home Minister Amit Shah.

"I don't understand this obsession over SPG. Security is not a status symbol. Why do you (Congress) only want SPG protection for the Gandhis? There's no political vendetta, no intent of playing with someone's security," said Shah.

"This is the fifth amendment in the SPG Act 1988. This amendment was not brought in keeping the Gandhis in mind, but one thing that I can say for sure is that the previous four amendments were done by keeping only one family in mind," an aggressive Shah further stated.

Why talk only about the security of the Gandhi family? Why has Congress not protested against the removal of SPG security cover of Manmohan Singh, a former prime minister, and other non-Gandhi families? Our intent of bringing this bill is to ensure that our Prime Minister's security is not diluted. This government is committed to ensuring the security and protection of all Indian citizens, the home minister added.

The Bill, had earlier been tabled in the lower house of the Parliament on 27 November by Home Minister Shah, and was passed by a voice vote despite strong objections from the Congress party.

Shah said last month that the government had taken a decision to offer the SPG security only for the proximate security of a serving prime minister and his immediate family members if residing with him at his official residence.

Shah on Tuesday again rejected the Congress’ allegations about the ruling Bharatiya Janata Party (BJP) pursuing an agenda of "political vendetta". The allegations came after he announced a change in the security of Congress politicians Sonia Gandhi and her children -- Rahul and Priyanka.

Shah reiterated that the decision had been made after a professional review and assessment of existing threat perceptions. He said the review had been undertaken twice before a final decision was taken to downgrade the security of the Gandhis’.

The protection of Sonia Gandhi and her family had been the responsibility of the elite Special Protection Group (SPG) for the last three decades following the assassination of her husband and former Prime Minister Rajiv Gandhi on 21 May 1991 while campaigning for elections in the Indian state of Tamil Nadu. He was not a prime minister at the time.

The National Security Guards (NSG), drawn from the CRPF, has guarded the Gandhi family since the move. Under Z-plus security, a total of 55 security personnel, including commandos, paramilitary forces and police are made available to secure the Gandhis. SPG protectees, under the rules, are provided with guards, hi-tech vehicles, jammers and an ambulance as part of their motorcade.