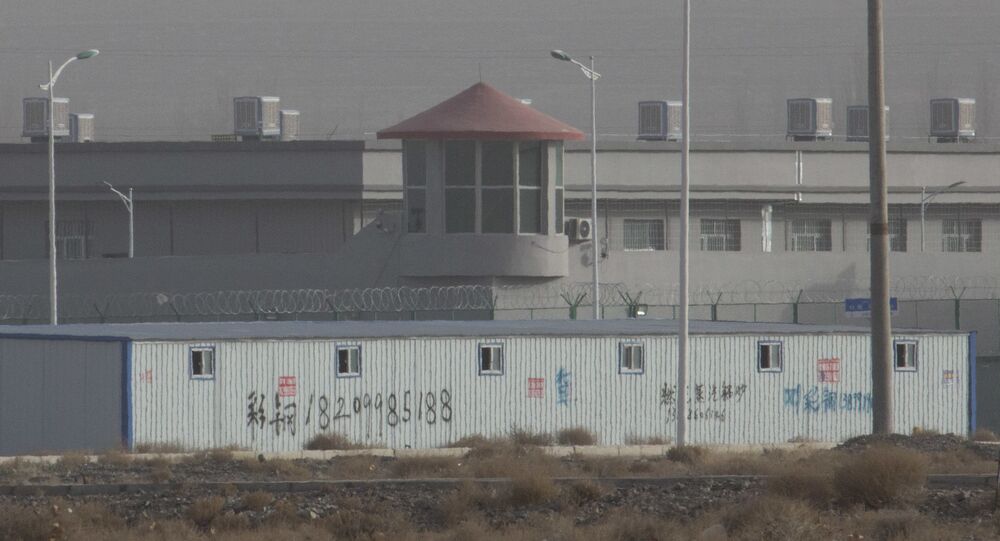 US lawmakers reportedly intend to vote in support of a "Xinjiang-related bill", new legislation that will allow US authorities to punish Bejing over alleged human rights violations.

The editor-in-chief of the Chinese and English editions of the Global Times, Hu Xijin, said Tuesday, citing sources, that Beijing could impose "visa restrictions on US officials and lawmakers who've had odious performance on Xinjiang issue".

Based on what I know, since US Congress plans to pass Xinjiang-related bill, China is considering to impose visa restrictions on US officials and lawmakers who've had odious performance on Xinjiang issue;it might also ban all US diplomatic passport holders from entering Xinjiang.

In late August 2018, the UN Committee on the Elimination of Racial Discrimination reported that large numbers of ethnic Uighurs and other Muslim minorities were being detained in political "re-education camps" in Xinjiang, often for long periods without being charged or tried, under the pretext of countering terrorism and religious extremism.

Commenting on the issue, the Chinese foreign ministry claimed a lack of evidence and suggested that their information differed with the reality.

According to Chinese authorities, the detention camps are vocational education and training centers for people to learn language and law, as well as gaining some professional skills. The camps are also said by Beijing to strengthen resistance to extremism and terrorism.

Earlier on Monday, Beijing slapped punitive measures on Washington in retaliation for the latter's backing of the widespread ongoing protests in Hong Kong, announcing sanctions on NGOs and suspending visits by US warships and aircraft.

US President Donald Trump signed the Hong Kong Human Rights and Democracy Act of 2019, and another law prohibiting US exports of specified tactical law enforcement and surveilance equipment to Hong Kong. The acts amended existing legislation to allow for the possibility of sanctions on human rights offenders in China's special administrative region and an annual assessment of the developments to determine the level of Hong Kong’s autonomy from China. The US considers Hong Kong to be a separate trade entity and therefore the city must retain its autonomy.

China and the United States - the world’s two leading economies - have been engaged in a trade war for over a year over what Trump deemed unfair economic conditions and non-competitive behavior from China. China has denied the claims, saying that the trade row is not beneficial to either side and the world economy. The standoff translated into tit-for-tat hiking of tariffs between the countries on imported goods.

The Xinjiang-related bill could reportedly harm Chinese firms’ interests, prompting Beijing to speed up its retaliatory moves, according to The Global Times.

India Announces Its Own 'Trade War' Against Major Asian Countries