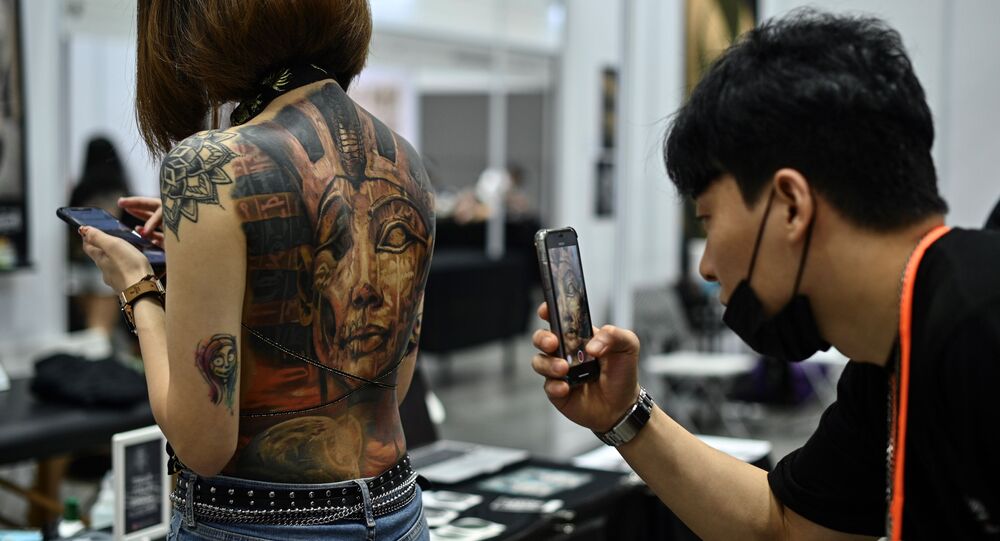 A tattoo exhibition that was held in Malaysia’s capital from the 29th of November to the 1st of December not only attracted a large number of heavily-inked participants from all over the world, but also caused a public outcry from authorities.

The “Tattoo Malaysia Expo”, that was held in Kuala Lumpur from 29th November until 1st December, was initially approved by the Ministry of Tourism, but after pictures from the show featuring half-dressed inked participants went viral, authorities changed their stance.

© AFP 2021 / MOHD RASFAN
The international tattoo expo is held for the first ime in Kuala Lumpur celebrating that art of tattoo and gathering over a hundred tattoo artists from 40 countries
© Photo : Screenshot/Barcroft TV
‘That Was Brutal’: Australian Ink Addict Went Blind After Tattooing Eyes Blue — Video
The official argued that the event did not represent Malaysian culture, where 60 percent of the 32 million population is Muslims, and pledged to take legal action against the exhibition’s organisers.

“This is not Malaysian culture, the majority of the population are Muslims”, the official added.

The Expo was held in Kuala Lumpur for the first time as a part of the Sabah International Tattoo Convention, featuring artists from all over the world, including Malaysia, Mexico, Japan, and Switzerland.