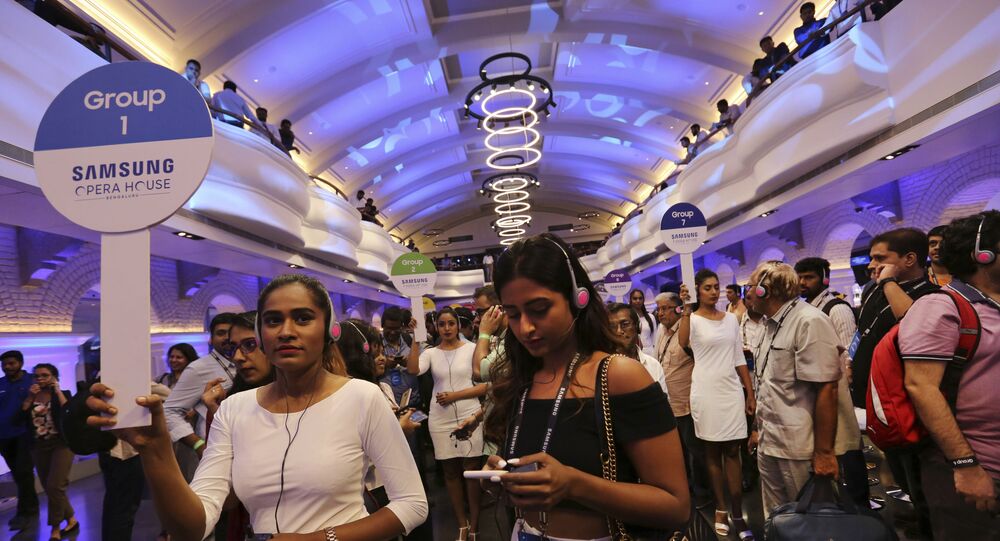 Samsung Manages to Churn Out $10 Billion Revenue From India, Despite Drop in Sales

New Delhi (Sputnik): Chinese mobile handset brands recorded the highest ever shipments to India in the third quarter of the current fiscal year. Among the top five brands, South Korean tech major Samsung was the only one to record a drop in sales during the same period.

Despite the drop in shipments, Samsung has become the first smartphone and consumer electronics company to achieve $10 billion in revenue, as it marks its 25th anniversary in India.

In India, the company posted a 20 percent jump in revenue in fiscal year (FY) 2019, doubling its growth rate of 10 percent achieved during FY18.

The company first forayed into the Indian market back in 1995. Outside of South Korea, Samsung also has the largest mobile manufacturing plant on the outskirts of the Indian capital.

Samsung has five research and development centres and one design centre in the country and is also the biggest employers in India with over 70,000 employees.

In the smartphone category, Chinese player Xiaomi captured 27.1 percent of the Indian market in the third quarter of 2019, while Samsung slipped to the second spot with an 18.2 percent market share.

Chinese mobile phone manufacturers dethroned Samsung from the "top seller" position in the Indian market in 2017.