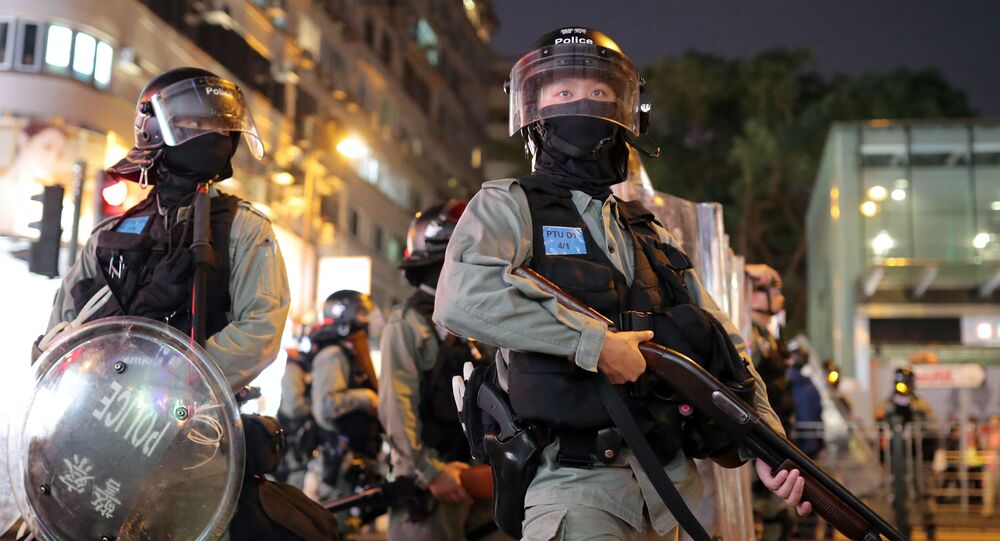 BEIJING (Sputnik) - Hong Kong police have warned it would begin dispersing and arresting protesters after rioters vandalised stores and erected barricades on the harbour front.

"In the face of the situation, Police officers had no other alternatives but deployed the minimum necessary force, including tear gas, to stop illegal acts", the press release read.

Tens of thousands marched through Hung Hom area earlier in the day to keep the pressure up on the Chinese autonomous city’s government after it repealed an extradition bill to appease the crowds.

Around a hundred protesters sparked off clashes with riot police in the residential and shopping district of Whampoa, the South China Morning Post said. It said radicals trashed pro-Chinese stores and restaurants and damaged traffic lights.

Hong Kong has been gripped by violent protests since June. The demonstrations, initially a response to an extradition bill, continued even after the highly unpopular measure was withdrawn in October. The protesters now claim that the authorities are abusing their power to suppress them, a claim that the government has denied. So far, nearly 4,500 people have been detained, over 1,500 people have been hospitalized and more than 400 security personnel have been injured during the unrest.