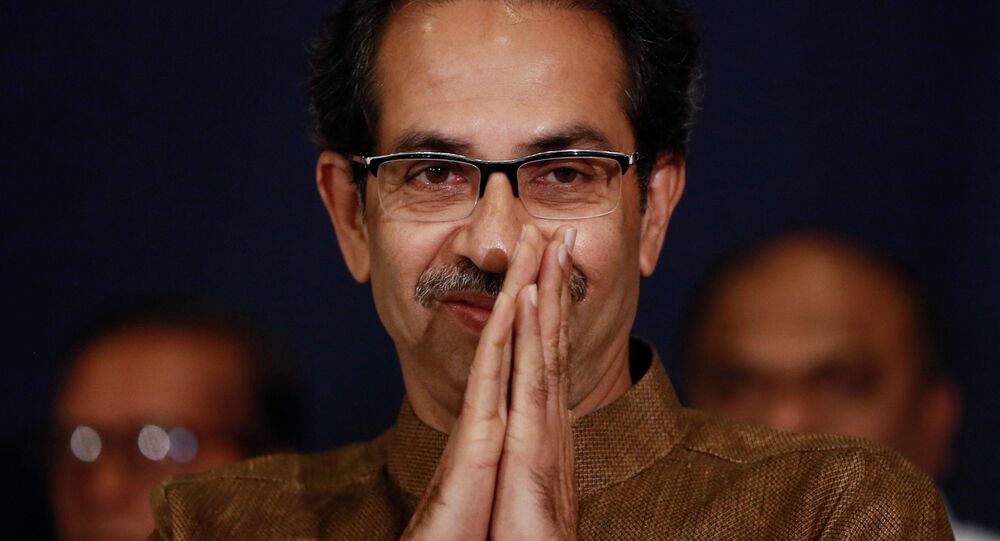 New Delhi (Sputnik): Four major political parties - the Bharatiya Janata Party, the Congress Party, the Nationalist Congress Party and the Shiv Sena were engaged in a major tug-of-war to build a coalition government after the 21 October election in India’s Maharashtra state.

Indian politician Uddhav Thackeray assumed charge as the 17th chief of the country's Maharashtra state on Thursday, bringing to an end the over a month-long wrangling over top posts and assignments after the October elections in the region.

State Governor B.S. Koshyari, administered the oath of office and secrecy to Thackeray at a ceremony organised at Shivaji Park in Mumbai in the presence of a number of special invitees, including a cross-section of politicians from across the country.

Before the oath-taking ceremony, the ruling coalition announced its political agenda in which it committed to uphold the “secular values” enshrined in the Indian Constitution and pursue development-related and socio-economic initiatives in the state.

Thackeray is scheduled to hold the first meeting of his Cabinet tonight.

The state of Maharashtra briefly came under direct presidential rule between 12 and 22 November when none of the political parties who had contested the 21 October election could muster the required majority of 145 out of 288 lawmakers needed to form a government.

On the morning of 23 October, voters in Maharashtra were taken by surprise when the then ruling BJP led by Fadnavis briefly wrested power with the help of rebel NCP leader Ajit Pawar for three days.

With the country’s Supreme Court stepping in and instructing Fadnavis to seek a vote of confidence in the state’s assembly by 28 November, he had to quit, thereby paving the way for the Uddhav Thackeray-led alliance to form the government.