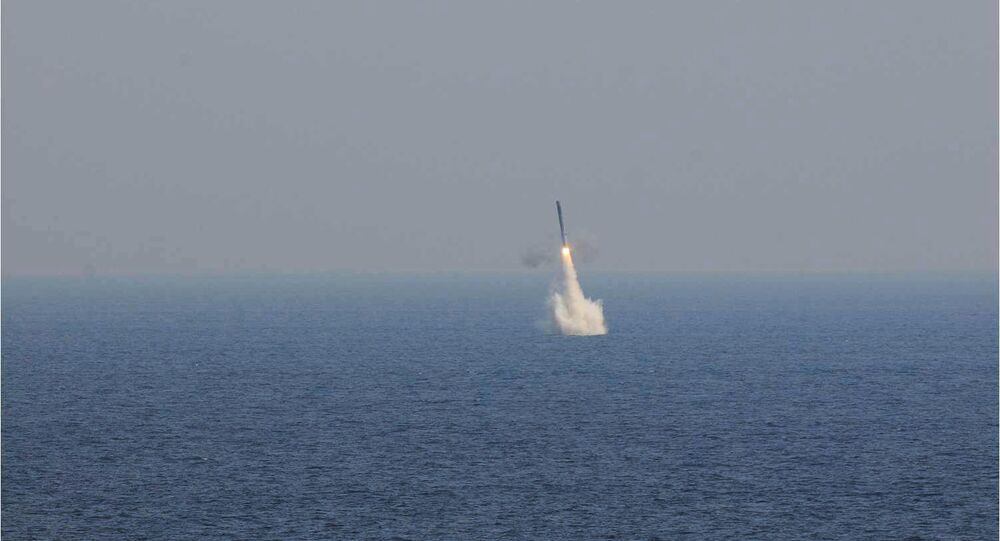 New Delhi (Sputnik): Indian has tested a supersonic missile with a greater number of domestic components including its propulsion system, airframe, and power supply. The test was conducted against the backdrop of a growing escalation in tension between India and Pakistan over the disputed territory of Kashmir.

The Indian Navy successfully test-fired a locally-manufactured supersonic BrahMos cruise missile from a warship in the Arabian Sea on Thursday.

Jointly developed by India and Russia, the versatile BrahMos missile was tested as part of a routine test firing mission. The missile is one of a kind and uses a combination of booster and liquid-fuelled ramjet engine which gives it supersonic speed.

For guidance throughout the flight, BRAHMOS uses a combination of G3, namely, the American GPS, India’s Gagan and Russia's Glonass systems for accuracy.

Increasing the missile's range became possible after India's induction into the Missile Technology Control Regime in 2016. India's Defence Research and Development Organisation has claimed that another version of the missile with a strike range of up to 800 km is under development.

Indian defence scientists conducted a series of tests of its nuclear-capable missiles, such as the Agni 2, Prithvi, and Brahmos supersonic cruise missile while the Pakistani military carried out tests of Shaheen 1 and other surface to air ballistic missile.

The tests came against the backdrop of persistent firing at the India-Pakistan border for the last three months after New Delhi revoked the special status granted to the disputed region of Kashmir on 5 August.