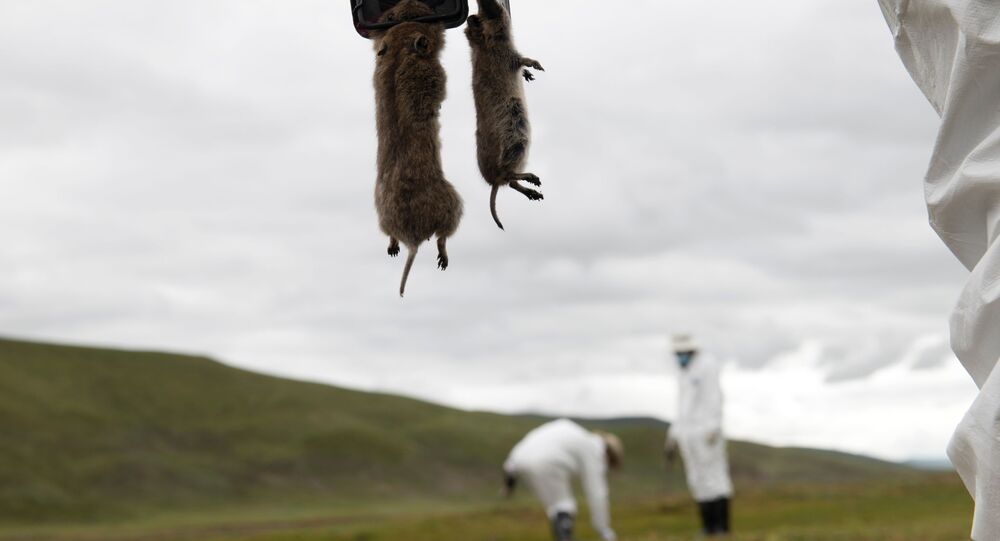 Among different types of the plague, the Bubonic plague is the most common one; despite being less dangerous than other strains, it's infamous for having caused the so-called Black Death during medieval times.

An unidentified farmer has become the fourth person in China to be diagnosed with Bubonic plague this month, the Daily Mail reported on Thursday.

The man and four of his family members have been isolated at the local hospital. The man has been treated and his condition is stable, while the four family-members have undergone a medical observation; no abnormalities have been found, the government of the Ulanqab region said.

The other three cases were diagnosed earlier in November in the Xilingol League province, 250 miles away from the Ulanqab region.

On 16 November, Chinese health authorities stated that a 55-year-old Chinese man had been diagnosed with Bubonic plague after killing and eating a wild rabbit earlier this month.

© Sputnik / Aleksei Kudenko
Biblical Plague in Pakistan? Karachi on Lockdown as Swarm of Desert Locusts Invades the City
Prior to that, the Chinese Regional Health Commission revealed that two people were being treated for the pneumonic plague in Beijing.

Following the discoveries, the authorities urged citizens to maintain good personal hygiene and stay away from wild animals as they conducted a flea and rat eradication in the area where the fourth patient was found.

The plague is caused by Yersinia pestis bacteria, that is transmitted by fleas and small critters like rats, rabbits, mice and squirrels.