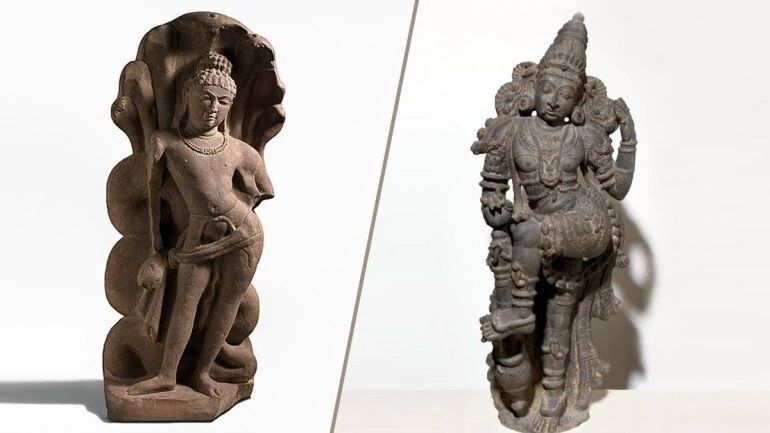 Australia to Return Culturally Significant Artefacts Smuggled Out of India

New Delhi (Sputnik): Two 15th century stone sculptures of a pair of Door Guardians (dvarapala) and 6th and 8th century sculptures of the Serpent King were bought by the National Gallery of Australia from New York-based art smuggler Subhash Kapoor.

Morrision's office said on Wednesday that the religious sculptures were being returned after new information emerged about their ownership history.

The artefacts were bought in good faith by the National Gallery of Australia from the smuggler Subhash Kapoor, who has criminal charges levelled against him in the United States.

“After studying the criminal complaint, there was sufficient doubt around the provenance of these sculptures to remove them from the national collection. We take these matters very seriously and have acted at the earliest opportunity,” said Nick Mitzevich Director of the National Gallery of Australia.

The decision by the Australian government has come amid growing calls for the repatriation of cultural and religious artefacts from foreign museums.

#NoMoreBJP: Netizens Rise Against India’s Ruling Party After its Power Base Shrinks by 30 Percent