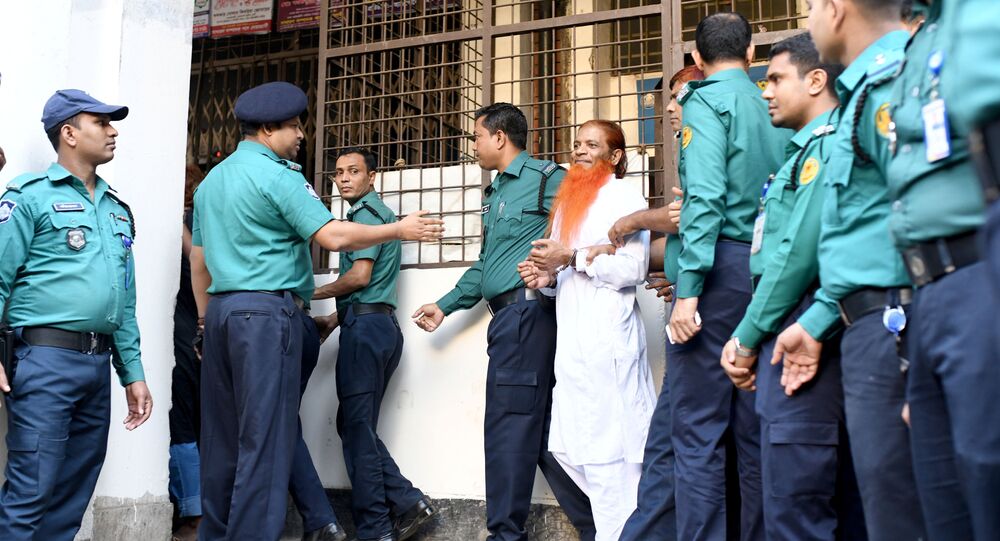 New Delhi (Sputnik): Armed militants attacked the bakery located in the upscale diplomatic zone of Dhaka on 1 July, 2016 and killed 24 people, including 17 foreigners and two police officers during a 12-hour-long standoff.

An anti-terrorism court in Bangladesh sentenced seven militants to death and acquitted one on Wednesday for launching a terror strike on the Holey Artisan Bakery more than three years ago.

Reading out the verdict amidst tight security, Judge Mohammad Majibur Rahman said all seven men were to be hanged, Bangladesh daily The Daily Star reported.

An eighth accused - Mizanur Rahman - was acquitted as charges against him could not be proved.

The convicts started shouting at the judge after he delivered his verdict.

During the trial, several witnesses, including former university academic Abul Hasnat Reza Karim, his wife, the owner of the Holey Artisan Bakery and top police officials gave their testimony on the attack.

Investigations by the police led to the conclusion that at least 21 militants were involved in the terror attack of whom five were killed during the standoff and eight killed in anti-terror drives later.

The Counter Terrorism and Transnational Crime unit’s charge sheet said the militants wanted to destabilise Bangladesh through this terror attack. They also wanted to cripple the government economically by making potential investors and foreign consultants leave the country.

The two-storied Western-style café, located along the banks of the Gulshan Lake, had large windows and a manicured lawn, and was a favourite hangout for both Bangladeshis and foreigners.