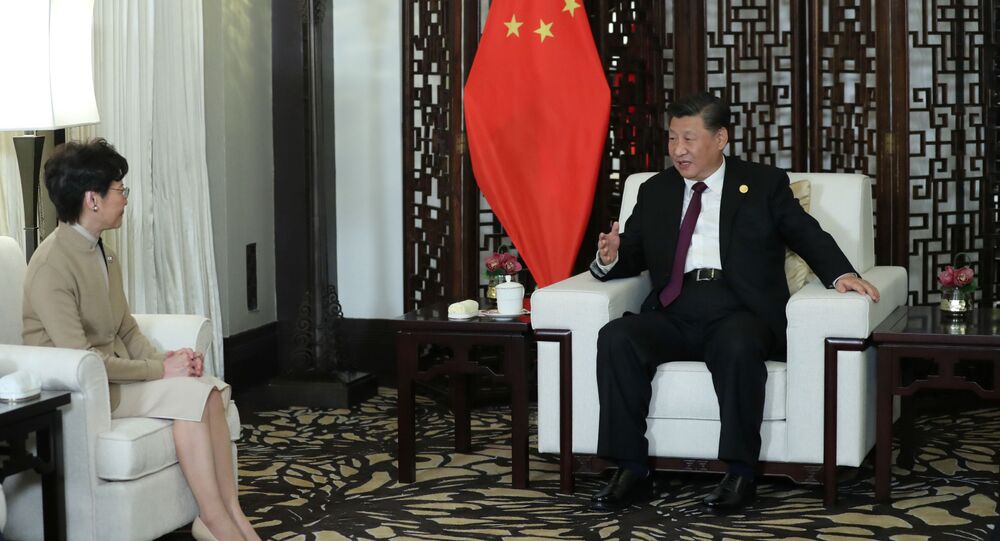 A new report from Reuters alleges that as demonstrations within Hong Kong have grown violent and mainland China’s confidence in its office in the semi-autonomous city has diminished, Beijing has been ignoring protocol, monitoring demonstrations and plotting potential responses from a remote compound.

Though the Liaison Office of the Central People’s Government in Hong Kong generally acts an intermediary and communicates between Beijing and Hong Kong’s government, a Monday report from Reuters, citing individuals familiar with the situation, accused mainland China of “bypassing the formal bureaucracy” guaranteed under the ‘one country, two systems’ policy by setting up a crisis command center on the mainland side of the border with Hong Kong.

“The Liaison Office has been mingling with the rich people and mainland elites in the city and isolated itself from the people,” a Chinese official told Reuters. “This needs to be changed.”

According to multiple sources who spoke with the outlet, part of this change may come in the form of replacing the Wang Zhimin - the Liaison Office’s director and the seniormost Chinese government official in Hong Kong.

The Chinese Ministry of Foreign Affairs’ office in Hong Kong has released a statement responding to the Western outlet’s report and labeling it false.

Paraphrasing comments from the office’s spokesperson, the Tuesday release highlighted that “Hong Kong is part of China, and Hong Kong affairs are completely China's internal affairs.”

“No matter how the Hong Kong situation may evolve, the Chinese Government is rock-firm in safeguarding national sovereignty, security and development interests, rock-firm in implementing ‘One Country, Two Systems,’ and rock-firm in opposing any external interference in Hong Kong affairs,” the statement read in response to Reuters, which the office urged to “respect the truth, show professionalism and a sense of responsibility and immediately stop circulating false information.”

Reuters reported a “Shenzhen businessman with close ties to Chinese officials” said the crisis command center - which is located at Bauhinia Villa and housed senior government officials during demonstrations associated with Hong Kong’s Occupy Central with Love and Peace campaign in 2014 - was “packed with people” from mainland China who are both monitoring and coordinating responses to the anti-government protests in the semi-autonomous city.

Another source told the outlet that in addition to government leadership from the special administrative region flocking to the center, officials from the Hong Kong Police Force, pro-Beijing politicians from the city and Hong Kong-based business leaders have also been summoned to the villa over the past several months.

Despite several reports and so-called sources claiming Beijing has been interfering in Hong Kong’s internal issues throughout the monthslong anti-government demonstrations, leaders in both the city and the country have consistently pushed back against the assertions.

However, Hong Kong Chief Executive Carrie Lam made it clear last month that “no options could be ruled out” in combating protest-related violence, and the city’s government reserves the right to request assistance from entities such as the Chinese People's Liberation Army.