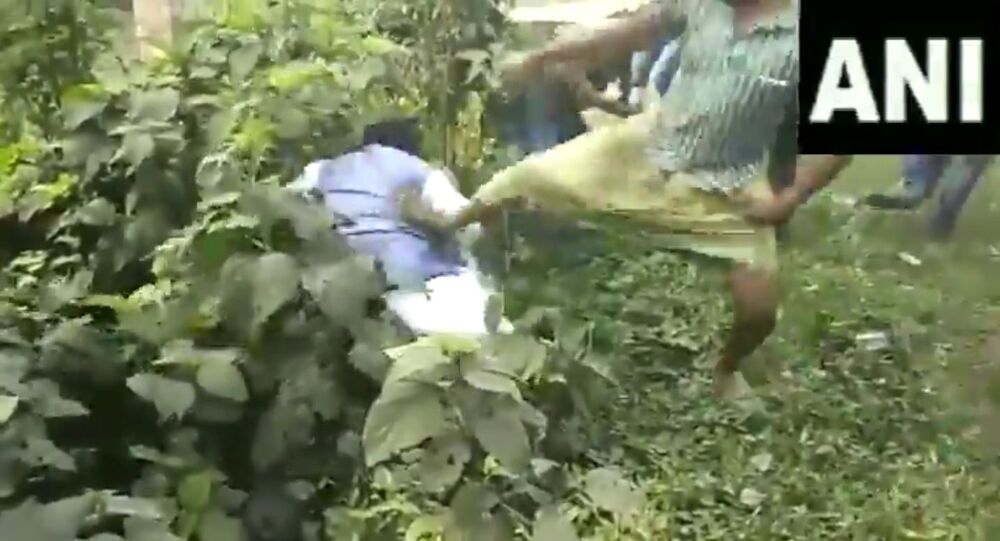 Jay Prakash Majumdar, the West Bengal Bharatiya Janata Party vice president and the party's candidate for the Karimpur assembly, was beaten and thrown into bushes, allegedly by a group of opposition party workers.

In a video clip, a group of people can be seen manhandling Majumdar before pushing him into a ditch and kicking him.

Majumdar was on his way to the pooling booth as voting for the Karimpur assembly by-election got underway.

Majumdar said the wounds would heal but the incident is a clear sign of "the end of democracy" in West Bengal.

He also said the attackers were bogus voters who had come to the polling booth to engage in vote rigging.

The Nadia district unit of Trinamool Congress described the allegations as “baseless”, saying locals had attacked the BJP leader as they were furious with him for “vitiating” the atmosphere of the area.

The by-elections are taking place for the vacant seats of Kaliaganj in North Dinajpur and Kharagpur Sadar as well as West Midnapore and Karimpur assembly seats. The counting of votes will begin on November 28.