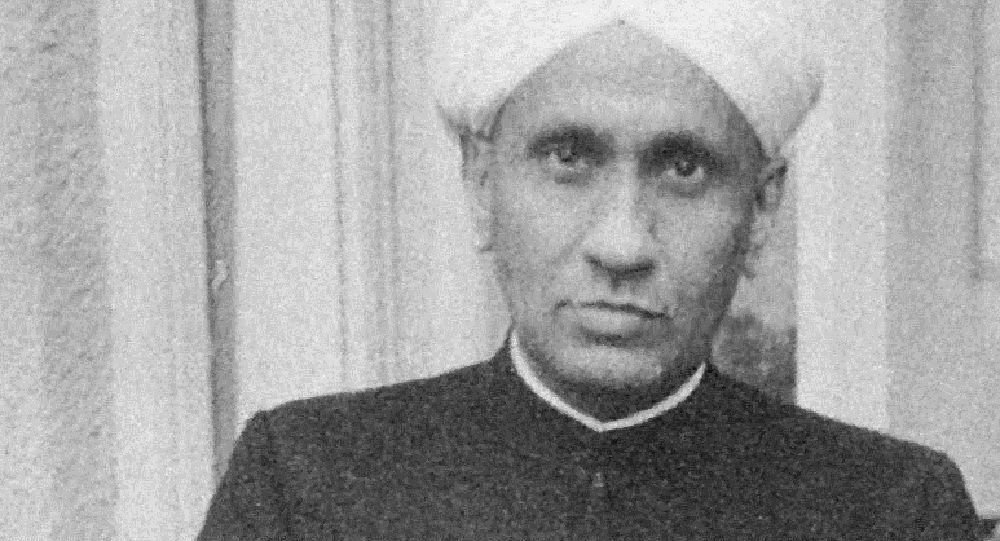 New Delhi (Sputnik): The 20th Century Indian Nobel Laureate Sir C.V. Raman received the 1930 Prize for Physics for his work “Molecular Diffraction of Light”, which later came to be known as “Raman Effect”. He was the first Asian to receive the award for achievements in Science.

An Indian farm scientist choreographed and played a biopic of Sir Raman in a traditional dance form of southern India – Kathakali. It was the first time that the life of a scientist has been made into any art form in the country.  Kathakali is a major classical Indian dance, distinguished by its elaborate colourful make-up, costumes and face masks, performed traditionally in Hindu temples in the southern state of Kerala.

The idea of presenting the life and work of Sir Raman in a short, one hour Kathakali format was that of Dr. K. Muralidharan, Head of the Social Sciences, Economics and Statistics Division of the Central Plantation Crops Research Institute in Kasargod, a federally-funded farm laboratory in the northern part of Kerala.

On stage, Sir Raman’s role was depicted in the dance-drama format by another scientist from the lab, Dr. Chandramana Narayanan Nampoothiri. Dr. Nampoothiri is himself from a traditional family of Kathakali artists, and made a brief script for the stage performance, touching upon the life and works of Sir Raman, which was later converted into lyrics by another professional Kathakali lyricist.

“We had a casual talk on why Kathakali could feature science or a scientist. It was very difficult as we had to write an outline, translate it into traditional Kathakali lyrics and tune it into typical music of the dance-drama. We then zeroed down to Sir C.V. Raman, the first Indian to receive a Nobel Prize in Science,” he explained to Sputnik, detailing the origin of the stage performance by Dr. Chandramana Narayanan Nampoothiri.

The performance in “Pakaramattam” format, or act involving one or more characters, was staged by Dr. Nampoothiri, along with musicians and traditional drum players during a science exhibition at Ernakulam in Kerala on Sunday (24 November). He said the unique storyline generated a lot of interest among a niche audience, which was present on the occasion.

Traditionally, stories from Hindu epics like the Ramayana, Mahabharat, or Bhagavata Purana have been staged using Kathakali, which is known for its elaborate make-up and costumes. The dance-drama has evolved over a period to stage stories outside these epics from far and wide, including Bible stores and the works of Shakespeare.