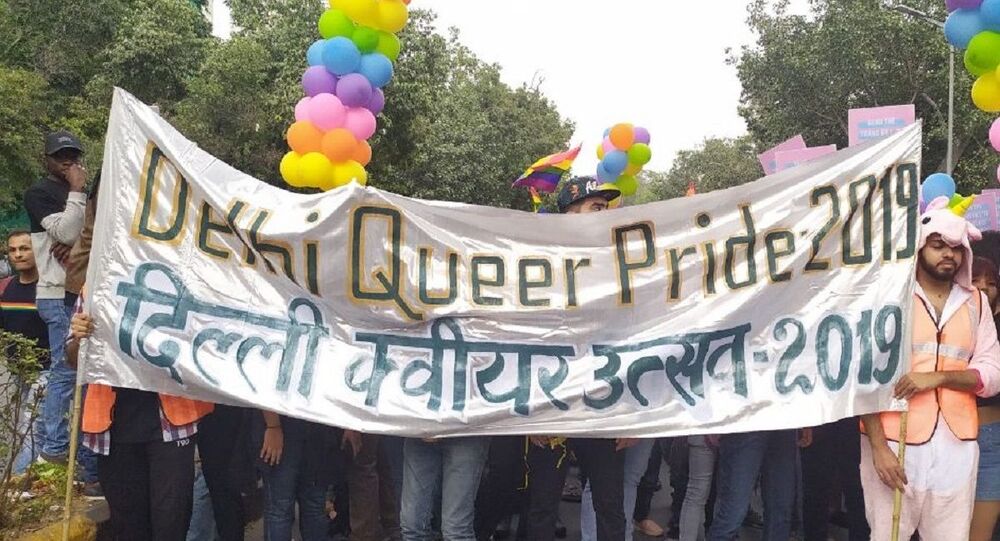 New Delhi (Sputnik): Legislation to protect transgender persons’ rights and welfare is a proposed Act of the Parliament of India. The legislature’s lower house already passed the bill on 5 August and now it's up for discussion in the upper house.

The transgender community in New Delhi, the national capital of India, held a pride parade as a mark of protest against the Transgender Persons (Protection of Rights) Bill, 2019, on Sunday.

As per the bill, trans people can only identify themselves as man or woman after they have undergone surgery, says Ray, a trans woman studying at Delhi University.

The process occurs in two-steps. The first stage mandates that a trans person should apply for a “transgender certificate”, thereby requesting that the authorities change their legal gender.

Then, the second step requires a person to undergo gender-affirming surgery and acquire documentation from a medical authority.

Pratay, an educator, says: "The 2014 NALSA (National Legal Services Authority) judgement had given the trans community the right to self-identitfication, but the bill takes that way. It has added the clause of taking certification from authorities about one's identity".

The National Legal Services Authority versus the Union of India is a landmark decision by the Supreme Court of India, which declared transgender people to be a third gender, affirming that the fundamental rights granted under the Constitution of India will be equally applicable to transgender people and giving them the right to self-identification of their gender as male, female, or third-gender.