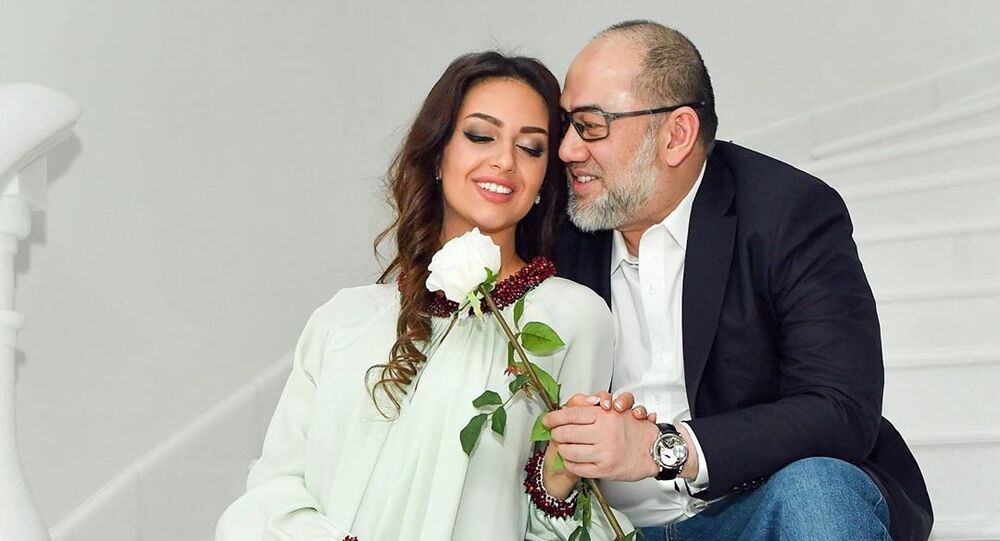 Russian Model, Dumped by Ex-Malaysian King, Reveals Alleged Letter to Him on DNA Test for Her Son

What began as a Cinderella-like story of a king marrying a beauty queen from another country, after reports of their secret wedding surfaced last year, soon turned into an unparalleled scandal. Less than a year after the ceremony, Sultan Muhammad V of Kelantan officially divorced his wife amid doubts that her new-born is really his son.

Ex-wife of the former Malaysian king Oksana Voevodina has fought back against allegations that she blocked DNA tests after her baby son was born this year that were supposed to prove that the royal was truly the father of her child, the Daily Mail reports. The 27-year-old has revealed what she claims to be her letter to her ex-husband days after she gave birth to little Ismail Leon in Moscow this May.

“I'll send you few pictures and hope you no longer need to do the DNA test, because Ismail is a copy of you. But if you still doubt, you can do the test, I don't mind”, the email from 28 May, the content of which has been released by MailOnline.

In the letter, which was sent while the two were descending into a legal battle over their divorce, she asked him not to fight with her by sending lawyers, but to resolve everything peacefully.

“I didn't want to meet with any of your lawyers. If you send lawyers, it means that I am your enemy. And if I also find lawyers, it will mean that we are enemies to each other. Think about the child, it will be hard for him to grow, knowing that parents don't even communicate with each other”, the letter, quoted by the British outlet, says.

The woman cited the boy’s need for a father as a reason to stay on good terms and arrange meetings.

“He is waiting for you to meet him and be a good father and friend to him. And problems between us shouldn't concern him, because he is not guilty here”, she reportedly said in the email.

The outlet noted that palace insiders close to the Malaysian royal have insisted that she blocked a DNA test twice, with one even suggesting that she “wanted to see what the child looked like” first, perhaps because she was not sure who the boy’s biological father was.

In a harsh statement delivered by a palace source who spoke to the newspaper, the sultan said that photos of Voevodina’s five-month-old son do not prove that he is the father of the baby and that the infant could be “the son of any Asian man".

According to the report, the king wanted to keep their wedding a secret, and the Moscow reception, which he said Oksana turned into what he described as a “showbiz event”, took him by surprise. The footage of her allegedly “having sex” in a swimming pool on a TV reality show some six years ago, dug up by a Russian outlet, reportedly came as another blow.

From Fairy Tale to Nightmare

© Photo : Instagram/Rihana Oksna Voevodina
Malaysia’s Ex-King Regrets ‘Choices Made in Private Life’ After Break Up With Russian Beauty Queen
In June 2018, the two married in a secret Islamic ceremony in Kelantan. In November, the couple had a wedding reception in Moscow. Just one month after the wedding reception, the two parted ways. In January, Muhammad abdicated the Malaysian throne – an elected position as constitutional monarch – which he had held since 2016. The reason behind the move, a first in Malaysian history, has not yet been revealed.

In June 2019, after rumours about the couple's row had circulated for months, Muhammad officially divorced his wife, reportedly using the harshest Islamic ceremony, the report says.