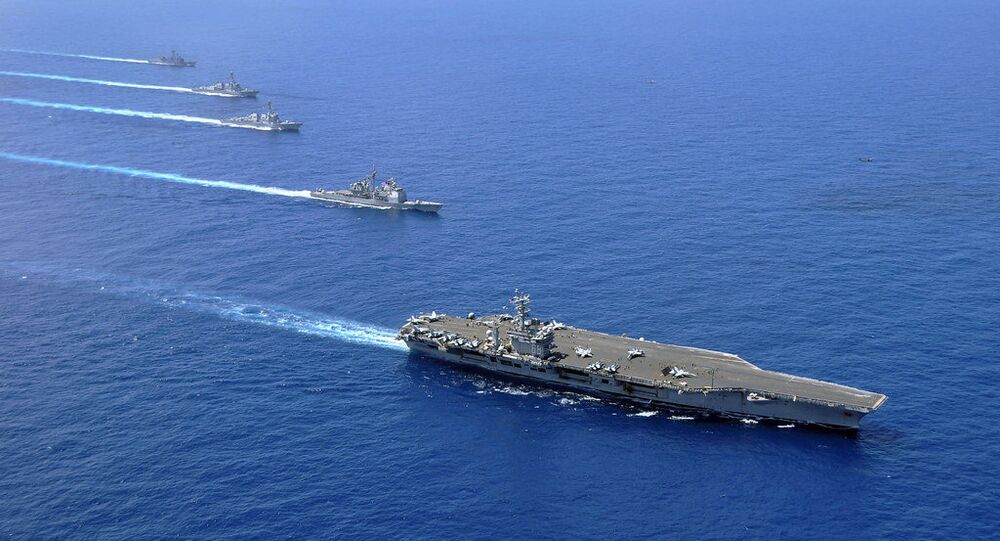 He stressed that the US actions had violated China's sovereignty and security interests, and undermined the stability in the South China Sea, prompting China to issue a protest.

"The current situation in the South China Sea is stable on the whole, and the corresponding sides are focused on dialogue and cooperation. The Chinese side urges the United States to put a stop to such provocations immediately. China will resort to every measure necessary to safeguard national sovereignty and security, and to maintain peace and stability in the South China Sea", Geng added.

Earlier in the week, two US ships passed near two groups of disputed islands — the Spratly and Paracel archipelagos — in the South China Sea.

For decades, China has been disputing the status of a number of territories in the South China Sea that it lays claim to, primarily the Paracel and Spratly Island, and the Scarborough Shoal.

In recent years, the US has been deploying its destroyers close to the islands. Despite protests from Beijing, Washington has maintained that its ships will sail everywhere permitted by international law.