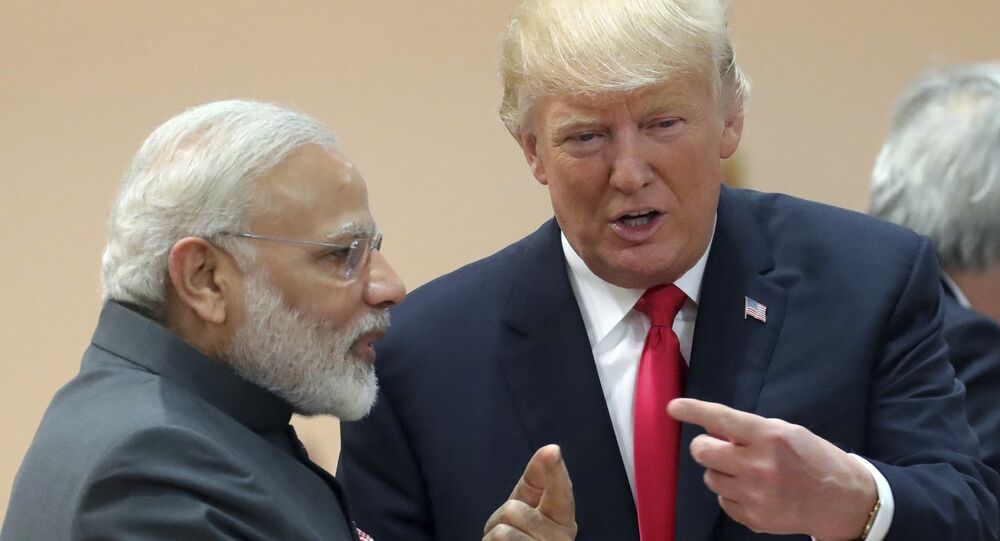 WASHINGTON (Sputnik) - The United States and India are progressing in their trade talks but still need time to reach a mutually beneficial agreement, India’s Ambassador to the United States Harsh Vardhan Shringla said.

"We have had trade talks close to two years," Shringla said on Thursday. "There has been progress, but I think we still need to do some more work before we can conclude this."

The ambassador added that a US delegation was currently in India to iron out the remaining differences.

"There is an official delegation in India now from what I understand. We will continue to discuss aspects related to trade in a bid to try and find some sort of, let’s say, trade package that can be mutually beneficial to both countries," ambassador said.

When asked how long it may take to come to an agreement, Shringla said it was difficult to provide a time line. "But I’m optimistic that we can reach a conclusion sooner rather than later," he added.

Last year, the US refused to exempt India from steel and aluminum tariffs. In June 2019, the US President Donald Trump also removed trade privileges for the country under the Generalized System of Preferences (GSP), affecting over five billion dollars’ worth of Indian duty-free products. That same month, India retaliated by slapping tariffs on 28 US goods.

Harsh Vardhan Shringla pointed out that he has not experienced much American pressure over his country’s defence cooperation with Russia but admitted the issue may need ironing out with the US administration and Congress.

"No, I haven't experienced that," Shringla replied to a question about the US pressure. "Obviously there are some issues that come within the purview of the CAATSA [Countering Americas Adversaries Through Sanctions Act] amendments, that Congress has passed, but even there we have to come to that stage."

The United States has repeatedly criticized India's military procurements in Russia and even attempted to prevent the purchase of the S-400 anti-aircraft missiles. Both countries defied threats of sanctions and last year signed a contract worth more than $5 billion dollars.

"I don't think it [the S-400 issue] is behind us, but we haven't come to a very intense discussion on this issue. Obviously this is something that, as I said, does fall under the purview of CAATSA and we have to see how we can work with both the US Administration and the US Congress on this issue," the ambassador said.

He reiterated India’s right to do "what is necessary in our national interests" and trusted that its relations with the United States would weather such differences.

"We do believe that the US-India partnership is strong enough for both sides to understand and put this in context," Shringla said.

A Russian official told Sputnik on Wednesday that Moscow had received an initial payment from India for the S-400s and would supply the first out of five batches in September 2021. Deliveries are expected to be completed by April 2023.