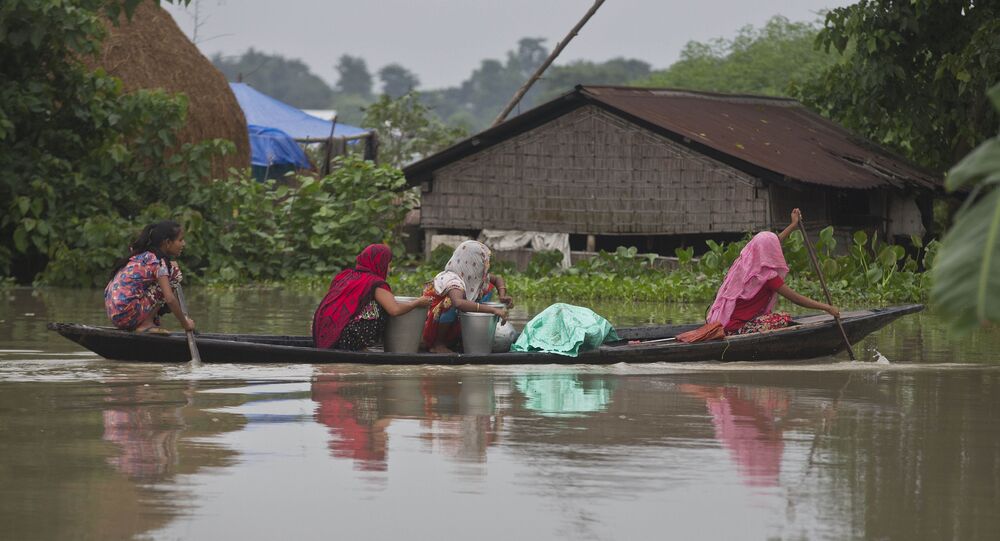 New Delhi (Sputnik): The status of clean, universally-available water in India was clarified in parliament after ruling Bharatiya Janata Party actress-turned-politician Hema Malini sought to learn from government if it there is a proposal to make safe drinking water a fundamental right for all people in the nation.

“India's water is least productive. There is a need for a water management and the maximum use of irrigation water,” Water Resource Minister Gajendra Singh Shekhawat stated on Thursday.

Sharing the information in a written reply in the Indian parliament’s lower house, Water Minister Lok Sabha, stated that the government is committed to ensuring that every rural household has access to clean drinkable water under the ambitious Jal Jeevan mission.

The minister claimed “the drinkable water resource of the country can be restored for the next 50 years if 10 percent of irrigation water is saved”.

Stating that 18 percent of the nation faces flooding problems and noting that 12-13 percent of the country face drought every year, the Water Minister admitted that there was an urgent need for water management.

He also apprised the House that the government had not proposed the Right to Safe Water as a fundamental right.

The minister shared that around 4,000 billion cubic metres of water comes into the country through ice and rainwater, including water that comes from rivers and international basins.

"About 2,000 billion cubic metres of water is eligible for storage and use. Of this, 40 percent is in the Northeast, where there is no scope of irrigation. Looking at the water situation, the Central government has prepared a model for interlinking rivers.”

Appealing to all states to forge a consensus to make clean water in the country available to everyone, he said: “Over 18 crore (180 million) households are supplied drinkable water in the country and the government is planning to provide the facility to 15 crore more households for which Rs. 3.5 lakh crore has been allocated. We are committed to ensuring clean drinking water to every rural household."