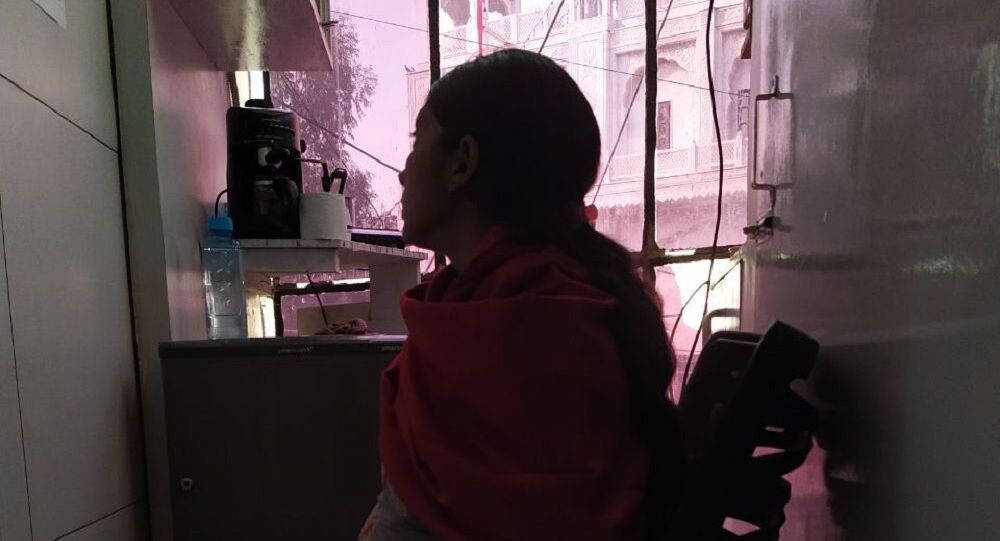 New Delhi (Sputnik): The Surrogacy Bill 2019 will decide the fate of 22 to 33 million reproductive-age couples suffering from infertility in India. The government banned surrogacy for homosexual couples and single parents in 2013 and foreigners in 2015.

Commercial surrogacy drew widespread public attention when Bollywood stars like Shah Rukh Khan, who already had two kids, Karan Johar and Tushar Kapoor opted for surrogacy because they could afford it. When the bill was introduced in the lower house in 2016, parliamentarians had argued that the misuse of surrogacy began after celebrities started opting for it.

Surrogacy might have seemed like a dream for infertile couples but it has turned into a billion-dollar industry in the country. Critics of commercial surrogacy argue that it often leads to the exploitation of women along with compromising their health.

However, surrogates have a different opinion. Jyoti Chaudhary, 24, a single mother of two, is six-months pregnant. She says she used to work as a coordinator at the same agency that hired her as a surrogate now.

“I have two kids and ever since my husband left me, I am left with any support. My parents are no more. I don’t have a house and the money from the earlier job only made for a hand-to-mouth existence. I need to buy a plot and I will do so with the money I will earn from here", she says. “We are renting our wombs for nine months. It’s a labour and we are getting paid for it".

She is currently living at the agency's shelter along with other women. Her medicine, food, clothes, everything is taken care of. At the end of the pregnancy, she will be getting around Rs. 500,000 ($6,958).

A Delhi-based infertility management expert Dr K.D. Nayar has told Sputnik, that in reality surrogate mothers are hired by agencies and most of the surrogacy money is pocketed by the agency while baby carriers only get around Rs.100,000-200,000 at the end of the pregnancy.

In India, infertility has been a social issue for the longest time. Women were often harassed, especially in rural areas, for not being able to conceive. Surrogacy changed this, as they could get a fertile woman to carry their baby.

“Carrying somebody else’s child also gives us happiness that they will be able to get kids because of us. We need money, they want a kid and when both the parties are happy, there shouldn’t be any other problem", says Bimla, 29, a single mother of a three-year-old girl.

Bimla, who is from Uttarakhand, says: “We don’t understand the Bill but banning surrogacy will limit options for people who want to conceive".

With the Bill about to become a law, many such women from poor backgrounds and no education will no longer have the option to support their families through surrogacy. However, Dr Nayar says that “a law is needed but so is surrogacy”.

The current Bill only allows for altruistic surrogacy, which means couples will have to find a surrogate within their families.

“This leaves limited options for the couple. The only options that they have are sister or sister-in-law, who already has kids. This will also put families under tremendous pressure and the woman who will become a surrogate mother is vulnerable to exploitation within the family, chances are she is forced to do it", says Dr Nayar.

Stating that we need commercial surrogacy, Dr Nayar contends: “But it needs to be regulated for these women who are exploited by the agencies. There should be a system that money directly goes to the surrogate mothers and not through the agencies. Choices are limited with altruistic surrogacy".