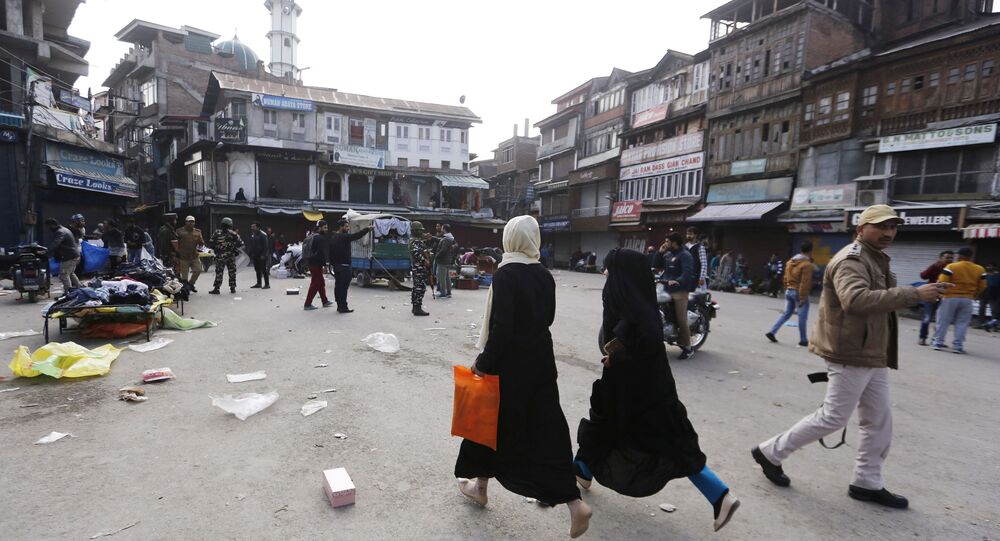 New Delhi (Sputnik): India imposed restrictions and took hundreds of political leaders and activists into custody in Jammu and Kashmir prior to stripping the restive state of its special constitutional status in early August.

On Wednesday, India’s federal Home Minister Amit Shah told the Rajya Sabha, the upper house of Parliament, that the “situation is completely normal in Jammu and Kashmir”.

He claimed that not a single person was killed in police firing and that all prohibitions imposed earlier in the wake of the revocation of the state's special status have been lifted.

Shah asserted that compared to the previous year, incidents of stone-throwing by residents had fallen to 554 from 802 in 2018. The minister went on to say that restrictions have been lifted from all regions and listed several developments to highlight normalcy in the state, including:

According to the minister, about 5,000 people – prominent political figures and activists, and leaders of pro-independence organisations were taken into custody in early August, but most of them have since been released.

Concurring with New Delhi’s claim, a local journalist in Srinagar, who wished to remain unnamed said that the situation in the Kashmir valley is peaceful, although the internet is still offline.

On 5 August, the Indian government moved to scrap Article 370 of the national constitution, which grants special autonomy to the state of Jammu and Kashmir, the Muslim-majority Indian-controlled part of Kashmir.

Islamabad rejected New Delhi’s Kashmir decision and launched a diplomatic offensive against it.

Kashmir has been a contentious issue between the south Asian rivals since they gained independence in 1947. The area has witnessed violence for the past three decades and according to the Home Minister over 40,000 people have lost their lives.

Both nations claim the entire region but control only parts of it. Over the past 70 years, the nuclear-armed neighbours have fought two wars and waged a limited conflict over the region.