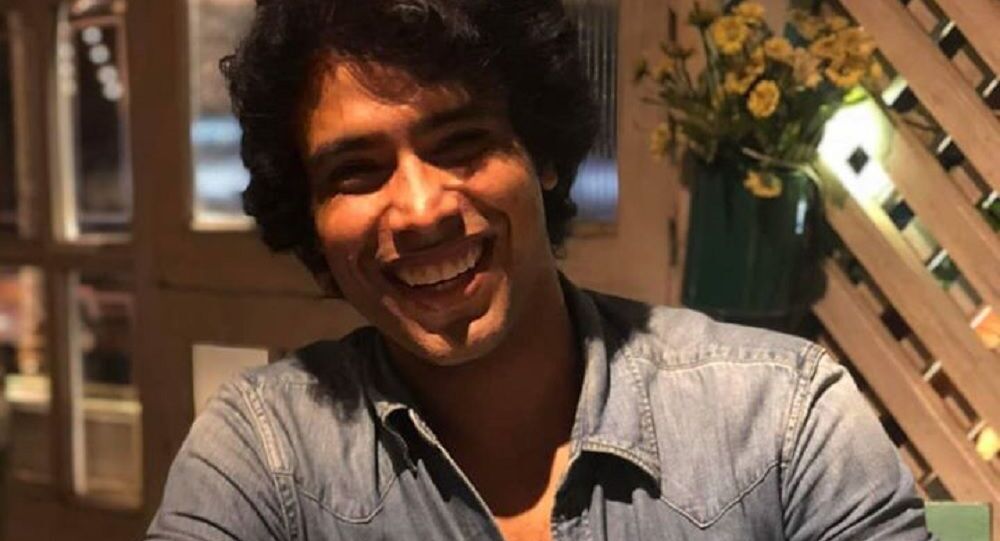 New Delhi, (Sputnik): “Lomad” is the world’s first black and white one-shot film. It was shot continuously for 94 minutes with no cuts and edits. The film, written, directed, produced and acted in by Hemwant, won the Best Foreign Feature Film at the Studio City Film Festival in LA and Momohill Film Fair in Switzerland.

Tiwari, who previously acted with Hollywood stars Eric Roberts and Natasha Henstridge in the TV series "Medinah", says this journey started with an idea: “when I thought of making a one-shot film. I wanted to do something extraordinary and was writing this script for a long time”.

“It was a very hard task to achieve all this as no one believes in a newcomer and especially when you are making a one-shot film. However, the universe works in mysterious ways. I almost sold everything to make this happen and put my savings into it", Hemwant told Sputnik from Los Angeles.

“The struggle to make this film went to a level where I was just surviving on food that was offered at gurudwaras (Sikh shrines) and was walking every day almost 10 miles to do my post-production. In between, I met people who showed interest in the film and got some more money and somehow I finished it".

“And after that, I didn’t have money to send it to festivals so I painted and sketched and sold them. I sent it to festivals where my film was recognised and we have already won best feature film and best foreign feature in prestigious festivals", Hemwant shared.

The film is a story about a boy and a girl who had an affair in school and reunited via social media after more than a decade. The film received five official selections at one international film festival.

While working on the film, the actor says the major difference he found in the perspective of people is that the West “respects good and art”.

Asked if after so much international acclaim, is the road back home easy, he says: “Well, nothing is easy anywhere in any field unless you are related to someone".

“I’m enjoying my journey from scratch and being persistent and being dedicated towards your work pays in the end. I am just waiting for the right people to recognise my work and my craft. Now the time has come for sure", Hemwant added.

Stating that everything happens when it's meant to, the director-actor says: “I wanted to work in the West no doubt and it happened in its own good time and I loved it. And, I loved the response and recognition I am getting for my film in the West right now. When it comes to trying Indian films, I breathe Indian films and very soon it will happen as well. It’s just a matter of time", he stated.

Orca Featured in ‘Blackfish’ Film at SeaWorld Close to Death