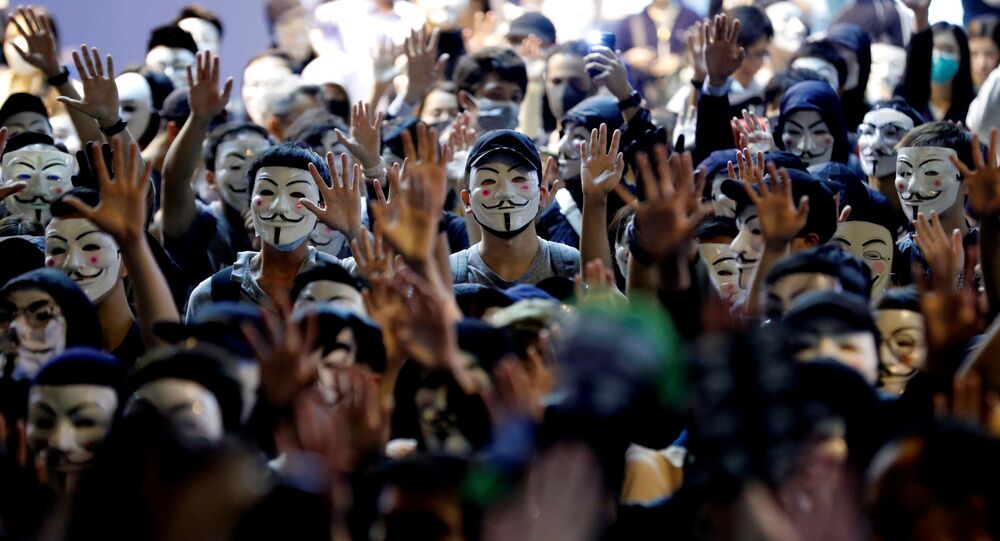 High Court Judges Anderson Chow and Godfrey Lam announced Monday that recent legislation which prohibited the wearing of face masks during demonstrations and associated gatherings was “incompatible with the Basic Law” - or de facto constitution - of Hong Kong.

According to the justice officials, the prohibition introduced under the Emergency Regulations Ordinance infringed on the fundamental rights of Hongkongers.

However, members of the NPC seem to disagree wholeheartedly that the High Court even had the authority to make such a decision.

“No other authority has the right to make judgments and decisions,” Yan added.

Despite their publicly voiced grievances and comments on Hong Kong’s Basic Law as it relates to the mask ban, the NPC has not moved to take action against the High Court ruling.

Stuart Hargreaves, an associate professor at The Faculty of Law of the Chinese University of Hong Kong, argued that the comments made by the body could be viewed as a “shocking restriction on judicial autonomy” for the special administrative region.

If spokesperson msg is that changes afoot to totally deny HK courts ability to interpret BL in course of decisions, that is a shocking restriction on judicial autonomy. If msg is just a “helpful reminder” that NPCSC has final say on Interpretation, then that’s business as usual. https://t.co/rkrwCx42FX

In recent days, the bulk of attention in regard to anti-government demonstrations has been centralized around Hong Kong Polytechnic University, where things recently escalated and anti-riot police threatened to use “live rounds” in retaliation to violent protesters held up in the besieged school.

According to a Tuesday report from Hong Kong police, an estimated “800 people have left the campus … in a peaceful manner” since exits were shuttered and monitored. About 300 of those individuals are said to have been under the age of 18.