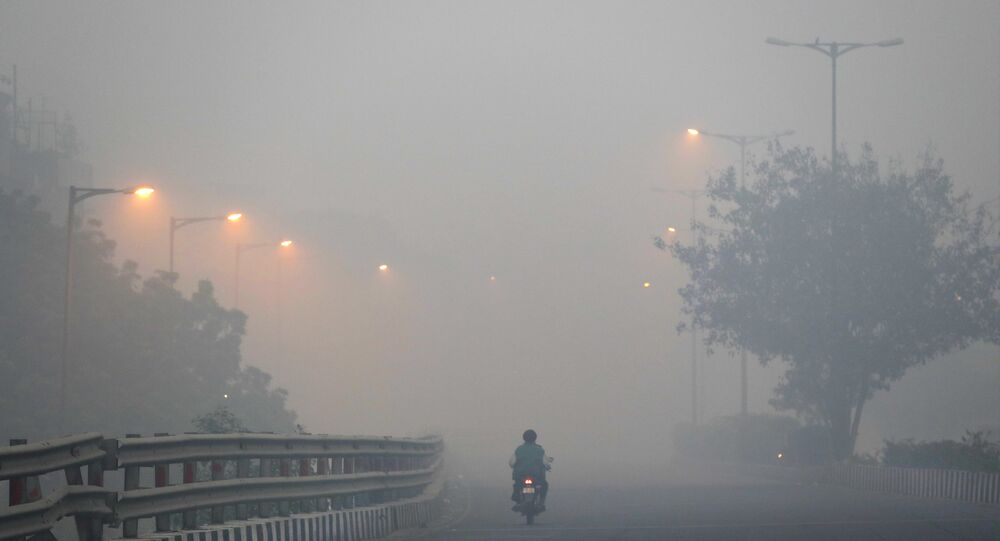 According to doctors, chemical pneumonitis is “an irritation of the lungs that creates breathing difficulty due to inhaling chemical fumes or breathing in and choking on certain chemicals.”

Vikas Goswami, a Senior Consultant Medical Oncologist from Max Hospital Vaishali, told Sputnik that chemicals from firecrackers and from smog will penetrate deeper into the lungs which may lead to stiffness of the lungs.

“This decreases the ability of the lungs to get oxygen to the body. If left untreated, this condition may ultimately lead to respiratory failure, lung cancer or even death.”

According to a recent WHO report, air pollution is linked to one in 10 deaths of children aged under five. The greater the exposure to fine particulates emitted by fires, vehicles, and industrial smokestacks the greater the risk is for people in the world.

Not to forget, these symptoms of chronic chemical pneumonitis may or may not be present at times, and can take months to develop to be noticed.

The risks from air pollution for unborn babies, newborns and young children are the highest.

Anubha Singh, Gynaecologist from Shantah IVF Centre told Sputnik that since children are in their growth stage, air pollution harms them during causing lifelong health problems. “Exposure to air pollution at a young age can hinder lung growth, inhibit brain development and increase the risk of conditions such as asthma.”

She advises adding all the fruits and vegetables, especially those rich in Vitamin A and Vitamin C immediately to childrens' food.

“You can make a puree of carrots and spinach and can be added to the Roti Atta (flour). Amla (Indian gooseberry) or spinach could be cooked along with your daily dal (pulse) or mashed into gravies. Room temperature Nimbu-Pani as soon as they get back from school would be a good idea,” added Singh.

“N95/99 masks should be used whenever you step out. Also, air-purifying plants such as aloe vera, ivy and spider plant can be placed in the home and offices. They help purify indoor air and minimise indoor pollution,” Goswami told Sputnik.

He also suggests that one should take steam daily.

“Try to take steam with a few drops of eucalyptus oil every day in the evening to relax your air-passages and help your body remove the harmful particulate substances. Also, eat jaggery to flush out pollutants from your lungs. You can simply have it raw or replace it with sugar in your daily preparations,” he said.

“Vitamin C is an antioxidant that can help us fight the devastating effects of pollution. It can rid our bodies of free radicals that cause our cells to age more rapidly. It can also help us breathe easier.”

“I highly recommend that you make a paste of amla and add it to a litre of drinking water. Sip on this throughout the day,” added Dadu.