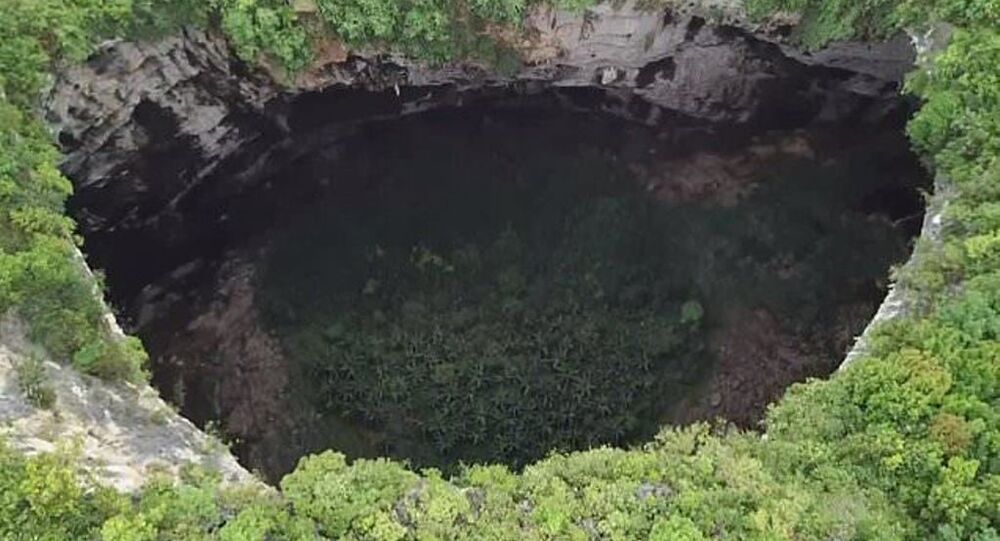 China's Ministry of Natural Resources announced on Friday that a group of scientists had discovered a giant cluster of natural sinkholes consisting of 19 huge caverns in a forest between the towns of Chengxiang and Longhe in the county of Napo, Guangxi Zhuang, a southern part of the country bordering Vietnam.

The 19 caverns are reportedly spread “like a string of beads” around the basin of the underground river of Dingye, 60 km long, with a drop of 292 metres.

The volume of each of the caves is over one million cubic metres, and all are located at an altitude of over 1,000 metres, according to a statement published by the ministry, which also posted pictures and video from inside the caves. Researchers also discovered primitive vegetation and trees standing over 50 metres tall.

A group of 19 sinkholes, the largest cluster south of the Tropic of Cancer, has been discovered in S China's Guangxi pic.twitter.com/sGgNx576om

According to the ministry, the discovery of the sinkhole cluster is hope to cause a significant leap in the economy of geological tourism in Napo, famous for its Karst geological formations.

Beijing claims to possess the deepest underwater cave in the world, as well as over two-thirds of the world’s known natural sinkholes, including the planet's largest sinkhole cluster.