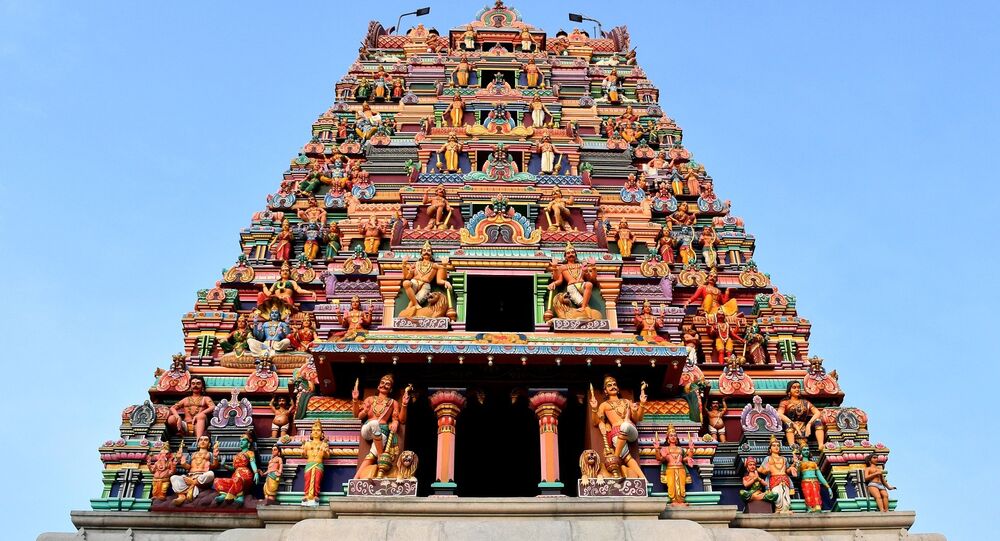 New Delhi (Sputnik): India and Pakistan have opened the Kartarpur Corridor, allowing Indian pilgrims to worship throughout the year at a Sikh shrine in Pakistan’s Punjab province.

Pakistan has historically been uneasy with its Hindu heritage but things seem to be changing under the ruling Imran Khan government.

The India-Pakistan partition in 1947 resulted in the closure Hindu and Sikh shrines in the country.

A survey by the All-Pakistan Hindu Rights Movement earlier this year revealed that at the time of partition, 428 Hindu temples existed in Pakistan but only 20 remain operational.

In April this year, the Pakistan government announced plans to re-open 400 of the 428 temples. It also cleared a plan to allow Indian tourists to visit Sharda Peeth, an ancient Hindu religious and cultural site in Pakistan-administered Kashmir.

Taking another positive step towards the minority Hindus, Jagannath Temple in Pakistan’s Sialkot city was reopened in July after 72 years.

The changes are not just at the bureaucratic level, but also at the judicial level, with the Supreme Court of Pakistan making judgements in favour of Hindus.

Similarly, in September 2019, Muslims escorted Hindus to a temple in Ghotki district after riots broke out in the area over an alleged blasphemy committed by a Hindu teacher.

Pakistan also plans to begin the renovation of two to three historic and heritage temples every year. The restoration process will begin with two historic temples – the 1,000-year-old Shivalaya Teja Singh Temple in Sialkot and Gorakhnath Temple in Peshawar.