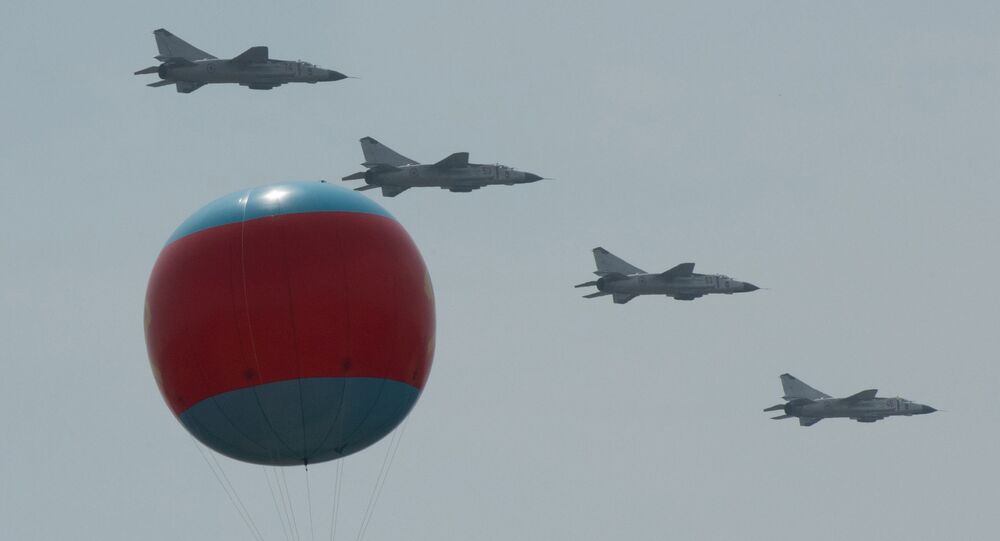 SEOUL (Sputnik) – North Korea's leader Kim Jong-un has observed military drills in the form of a contest involving flight commanders and pilots from the country’s Air and Anti-Aircraft Force, KCNA reported on Saturday.

The state-run news agency KCNA reported that during the air show, Kim encouraged the participants and expressed his satisfaction that they demonstrated enthusiasm and strong aviation skills. After the contest, he congratulated the personnel involved and took photos with the participants.

According to the outlet, he underscored the importance of ideology, not equipment, in combating an adversary, saying that North Korea's enemies would never exceed the ideological and moral characteristics of the country's military personnel.

Apart from Kim, high-ranking officials from the Central Committee of the Workers' Party of North Korea observed the air show.

Military drills held on the Korean Peninsula have been one of the cornerstones of the denuclearisation dialogue between North Korea and the United States.

In early November, media reported that the United States and South Korea might skip the Vigilant ACE annual joint military exercises in December for the second year in a row in support of diplomatic denuclearisation efforts with North Korea. However, later reports, citing a US defence official, said Washington and Seoul would proceed with the exercise but would hold limited flight drills.