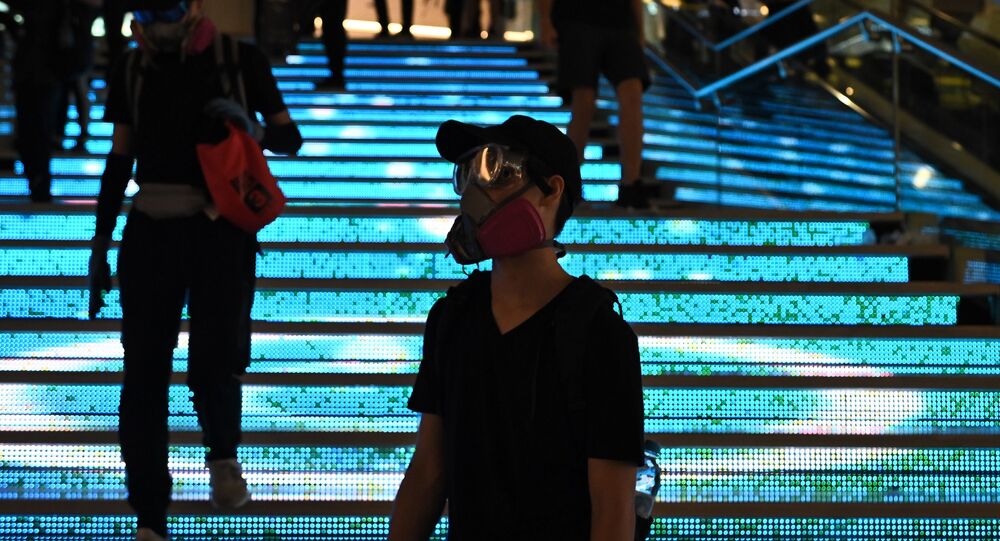 MOSCOW (Sputnik) - A 70-year-old man has died after being injured in clashes between government supporters and anti-government protesters in Hong Kong's Sheung Shui area, a local hospital said.

On Thurdsay, the broadcaster RTHK reported that a man, who worked as a cleaner for the Food and Environmental Hygiene Department via an outsourced firm, had been hit in the head with a brick.

"The patient's situation continuously deteriorated. He passed away", a spokesperson for the Prince of Wales Hospital in Sha Tin said in a statement, as quoted by RHTK.

According to the broadcaster, the Food and Environmental Hygiene Department said it suspected that the man had been hit in the head by "masked rioters". The department also noted that the authorities would support his family.

Tensions in Hong Kong increased earlier this week when the police used tear gas and water cannons to disperse protesters. The demonstrators, in response, threw Molotov cocktails and stones and blocked off roads in the area.

Hong Kong has been gripped by protests since June, with the demonstrators initially demanding that the authorities abandon amendments to extradition legislation. The protests, however, continued even after the legislation was scrapped. Thousands of protesters have been detained and hundreds of people, including both demonstrators and police officers, have been injured.

The recent spike in violence in Hong Kong has been condemned by the United States and South Korea.