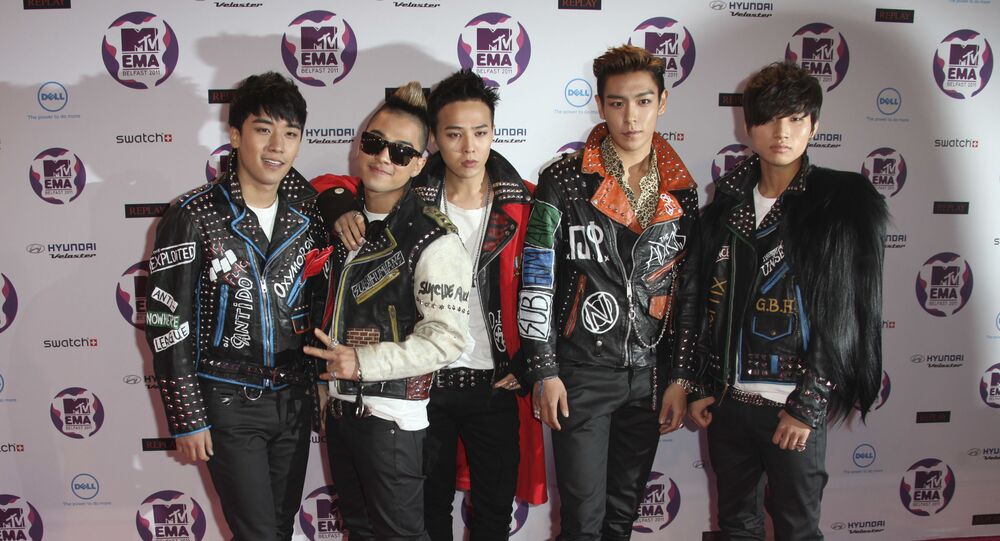 The two members were the last ones to finish their military service and have now become civilians.

As two members from the legendary K-Pop boy band — Taeyang and Daesung — were discharged from the military on 10 November, fans, who have waited for the Big Bang comeback for so long, are curious what to expect from their faves considering the controversy surrounding the group.

The leader of Big Bang, G-Dragon, real name Kwon Ji-yong, who is already widely accepted as the King of K-pop, returned to public life after his mandatory service in South Korea’s military on 26 October.

Around 3,000 fans waited for him and he assured both them and journalists that he would continue his career as a musician.

He is already a successful soloist, songwriter and producer. Before enlistment he had a solo world tour, Act III: M.O.T.T.E.

The group's main vocalist and dancer Taeyang, real name Dong Young-bae, has achieved success as a solo singer too, with three solo albums, multiple collaborations and has even won some awards such as “Best Male Artist" at the 2010 Mnet awards. He also held a White Night World Tour prior to enlistment.

Talented vocalist Daesung, real name Kang Dae-sung, debuted as soloist in 2008 and is very popular in Japan under the stage name D-lite. He is the second foreign male artist, after Michael Jackson, to have had two consecutive number one albums in Japan.

The lead rapper T.O.P, real name Choi Seung-hyun, has solo-projects and gained success in the acting field, winning the Rookie Award at the Asia Star Awards in 2013, and was also named one of the hottest sex symbols of 2013 by Rolling Stone.

With all their solo activities, which have thus far not interfered with their group activities, the members could easily return as a four-person band. This is a possibility as their contracts are still functioning.

Initially, the group consisted of five members  and all of the most loyal fans would certainly like this scenario, but in the nearest future this is hardly possible due to the situation with the youngest member Seungri, real name Lee Seung-hyun.

He was involved in one of the biggest scandals of 2019 and the largest in K-pop history, known as the Burning Sun scandal. Police alleged the club’s involvement in prostitution, drug trafficking and police corruption, while Seungri and several police officials were involved as part of the club’s management. During the investigation, some other names popped up and more K-pop idols, like Jung Joon Young and the former F.T. Island member Jonghun, were involved in sexual harassment at the club as well.

when will i ever get to see BIGBANG complete as five ever again?

​Anyway, fans are happy and hoping for any activity involving the members of the band, with news about the discharged members trending number 1 on Asian websites and sns.

​Fanbases prepared buses, food trucks and mobilised support for fans to sees their idols early in the morning.

They placed 2 tables in front & placed 2 cakes & 2 mics on it. Seems like both DAESUNG & TAEYANG are coming out together to greet fans soon!#DaeWeWillStayByUrSide#대성아_언제나_곁에_있을게 pic.twitter.com/VYTUJH7BLA

Even in cold weather, around 300~400 fans from all over the world gathered in front of the center and waited for Taeyang and Daesung. VIPs (name of official fandom) got special presents from members of the band in different languages.