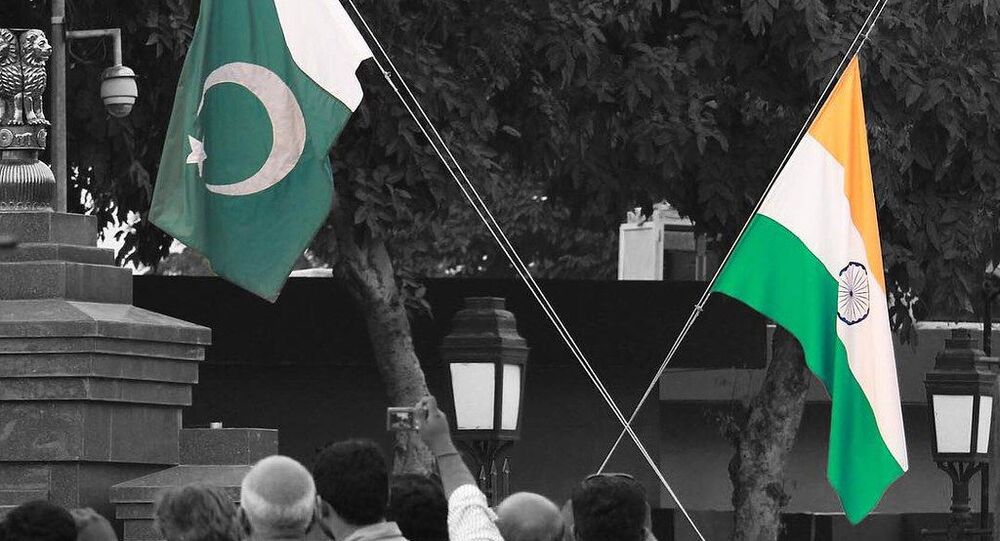 No Deal with India on ‘Spy’ Kulbhushan Jadhav - Pakistan

New Delhi (Sputnik): Former Indian naval officer Kulbhushan Jadav has been in Pakistan's custody for the past several years on charges of espionage. India has rejected the allegation and raised the matter at the International Court of Justice (ICJ).

Days after the international court asked Pakistan's government to review an Indian national’s death sentence, Islamabad on Thursday said no deal will be made on the issue of Indian spy Kulbhushan Jadhav.

In a statement, the Pakistani foreign ministry stated that all the decisions regarding Jadhav will be undertaken as per Pakistani law while honouring the ICJ’s (International Court of Justice) recent verdict in the case. The ICJ had ordered in its ruling that Pakistan give India consular access to Jadhav and also review his death sentence.

The decision came a day after the news surfaced of Pakistan’s decision to amend its Army Act to enable Jadhav to approach a civilian court against his verdict.

“Pakistan, in compliance with the International Court of Justice's condition to allow Kulbhushan Jadhav the right to file an appeal in the civilian court, is amending its Army Act accordingly. The case is being tried under military courts and the Army Act law forbade such individuals or groups from filing an appeal and seeking justice from the civilian court, but a special amendment is being made for Kulbhushan Jadhav,” diplomatic sources had reportedly said on Wednesday.

However, later in the day, a Pakistani army spokesperson dismissed such claims in a tweet, saying: “Speculations for amendment in Pak Army Act to implement ICJ verdict regarding convicted Indian terrorist Cdr Kulbushan Jadhav are incorrect. Various legal options for review and reconsideration of the case are being considered. Final status shall be shared in due course of time.”

Speculations for amendment in Pak Army Act to implement ICJ verdict regarding convicted Indian terrorist Cdr Kulbushan Jadhav are incorrect. Various legal options for review and reconsideration of the case are being considered. Final status shall be shared in due course of time.

The Vienna Convention on Consular Relations of 1963 is an international treaty that defines a framework for consular relations between independent states.

According to the convention, a consul (officer) normally operates out of an embassy or a high commission in another country in addition to protecting their countrymen’s interests in the host nation and boosting commercial and economic relations between the two nations. The treaty also provides for diplomatic immunity.

India has been demanding unfettered consular access to Jadhav, but so far Islamabad has only provided monitored restricted access. Jadhav was awarded the death sentence on charges of "espionage and terrorism" after a closed-door trial in April 2017.
Pakistan arrested Jadhav in Balochistan province on charges of terrorism and spying for the Research and Analysis Wing, India's external intelligence agency.

Islamabad maintains Jadhav was a serving Indian Navy commander who was involved in subversive activities inside Pakistan. He was arrested on 3 March, 2016, during a counter-intelligence operation in Balochistan province.

India’s External Affairs Ministry, however, says Jadhav was kidnapped from Iran and Pakistan has never been able to credibly explain how he was found in Balochistan.