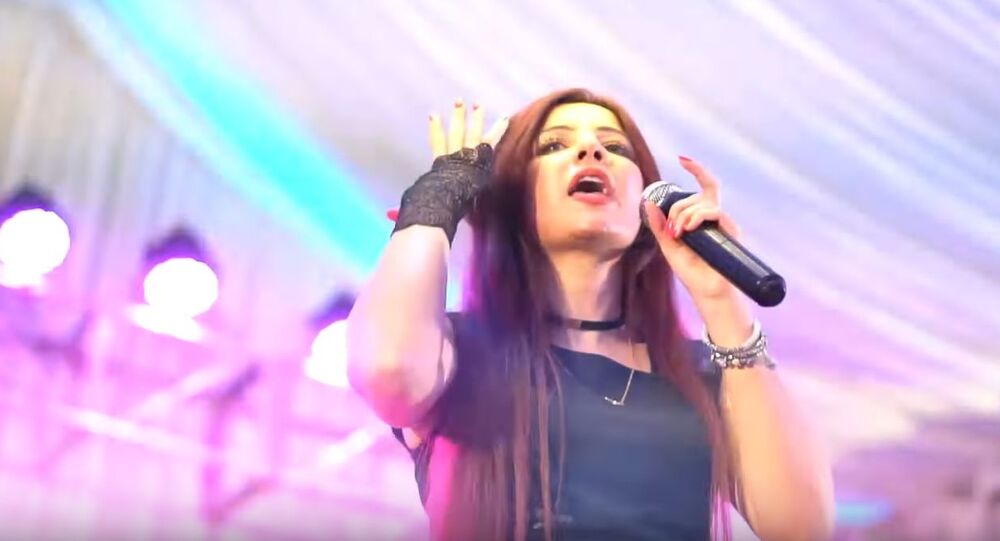 New Delhi (Sputnik): Pakistani pop singer Rabi Pirzada hogged the headlines earlier this month after her nude pictures and videos were leaked online, remaining in the spotlight for a long time while struggling to have them taken down.

The lewd leak of Pakistani pop singer Rabi Pirzada’s photos and videos has triggered a social media campaign, with women posting their nudes along with the hashtags #IamRabiPizada and #SupportRabiPirzada.

Days after the pictures spread online like a wildfire, the singer announced her decision to quit the show business and start a new life.

She shared the pictures of “self-drawn sketches” of the Mecca Madina, the Muslim pilgrimage centre in Saudi Arabia, in an apparent attempt to atone for her sins #savesoul.

The singer has been top-trending news in Pakistan for days, with people criticising her for recording less-than-PG videos. Some are also coming up with various theories, speculating on the reasons behind the leaked pictures and videos.