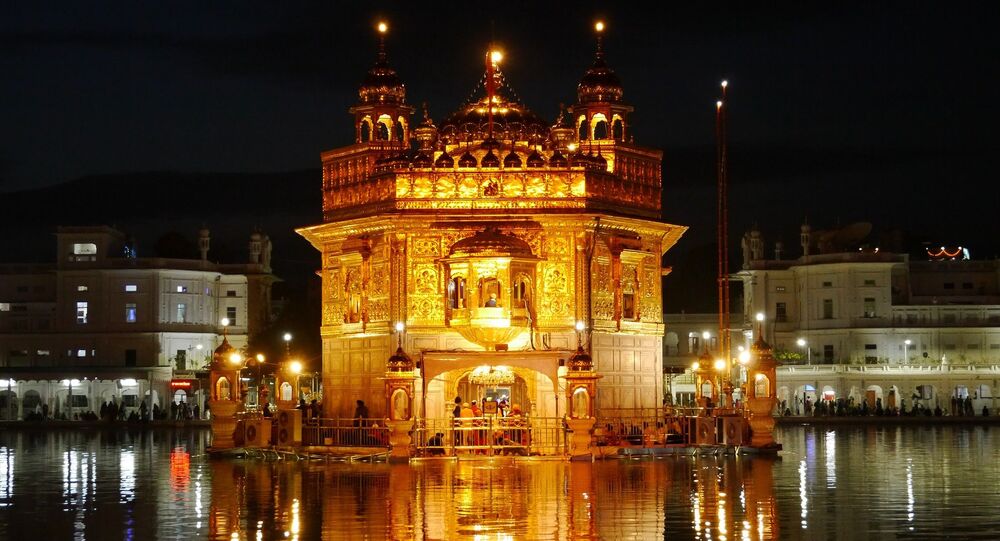 New Delhi (Sputnik): As preaching and philosophy reverberated across the globe on the 550th birth anniversary of Sikhism’s founder Guru Nanak, Chinese e-commerce fashion brand Shein outraged the Sikh community with an advertisement displaying the “Golden Temple” alongside shoes.

Calling it blasphemous, Delhi Gurudwara committee President and Politician Manjinder Singh Sirsa has called out the Chinese-based website for using an image of one of the holiest Sikh shrines, the Golden Temple, in the backdrop of an image of shoes in an advertisement.

Sirsa threatened the company with legal consequences if the advertisement wasn’t taken down immediately.

Questioning the obligation of using the image of the Sikh shrine in the advertisement, the politician has also asked Shein India to render a public apology for hurting the sentiments of the Sikh community.

Blasphemy in the name of marketing! What is the reason of showing Gurdwara Sahib in the background of a shoe @SHEIN_official ?
Such promotions hurt Sikh sentiments. We would take legal action against you if you do not remove it immediately and render a public apology for the same pic.twitter.com/IuXPzX1FSO

Some netizens who use the shopping website were quick to slam it and asked the company to remove the advertisement.

Shameful this shopping site should be permanently banned
Shame shame

Heights of stupidity by the shoe company. 👎🏿

On Tuesday, the Sikh community across globe celebrated the biggest and most important festival, Guru Purab. Hundreds of devotees thronged brightly-lit Sikh temples, langar – community kitchen – services were set up, and devotees paid obeisance to Sikhism's founder Guru Nanak, who was born in 1469 into a Hindu family at Nankana Sahib in Pakistan.