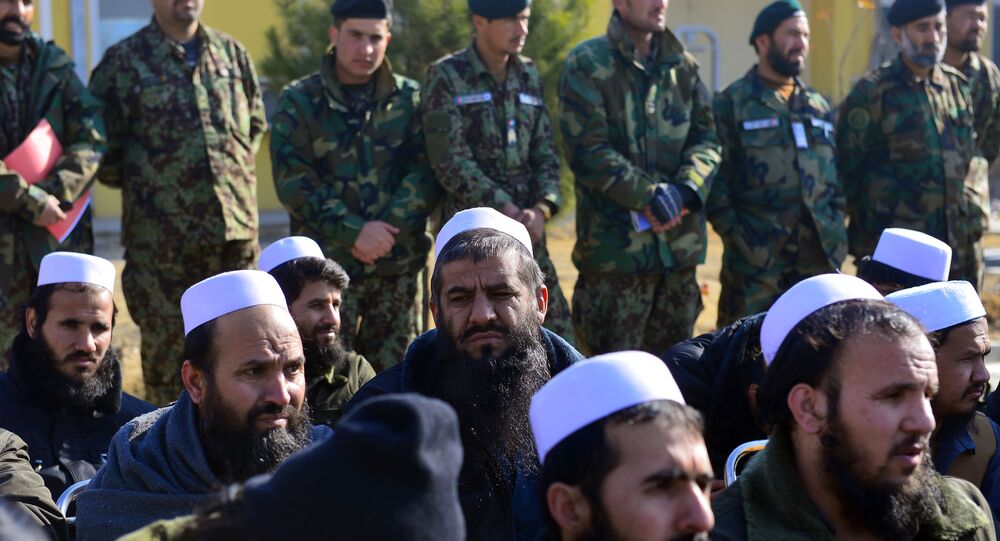 Earlier, the Afghan Air Force launched an airstrike against militants and eliminated a senior commander of the Taliban who had killed several judges in Logar province.

Afghan President Ashraf Ghani said that the Afghan government and the Taliban have agreed on prisoner exchange deal.

"We have decided to conditionally release three Taliban prisoners who were arrested outside the country with the help of our international partners and have been in Bagram prison in the custody of the Afghan government for some time," Ghani said.

He added that one US and one Australian professor are to be exchanged for two Taliban commanders and a top Haqqani group leader.

The situation in Afghanistan has been tense for decades amid the insurgency of the Taliban movement and the Daesh* terrorist group.

Even though the United States and the Taliban started negotiating foreign troop withdrawal last year, the peace talks broke down this September, prompting more bloodshed.

In September, US President Donald Trump said after calling off secret Camp David meetings with the Taliban and Afghan President Ashraf Ghani, that the talks with the movement were "dead".

The US and the Taliban have for nearly a year been attempting to negotiate a peace deal that would ensure the withdrawal of foreign troops in exchange for the movement's guaranteed that the country will not become a safe haven for terrorists.

Civilians Among Injured in Clashes Between Afghan Forces, Taliban in Paktia - Authorities