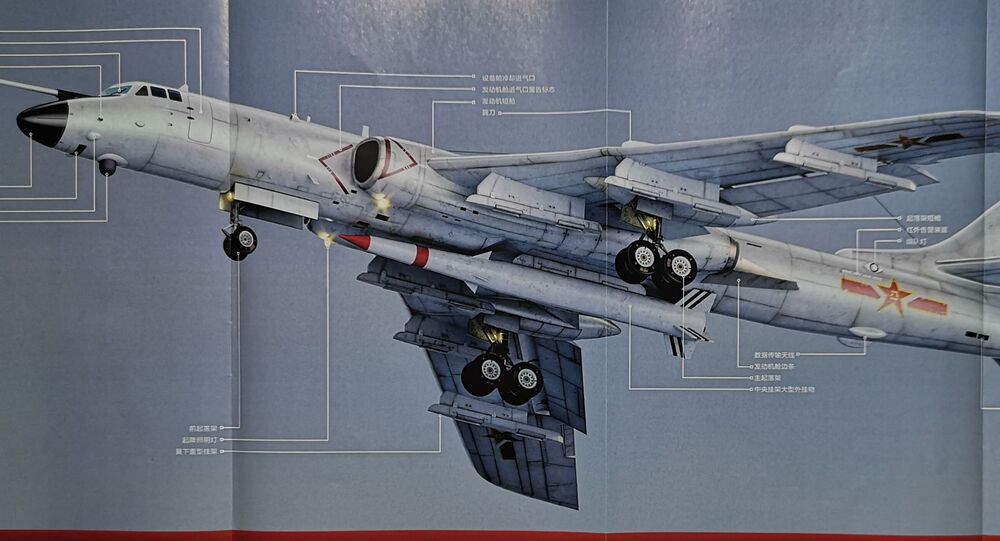 Upgrades on the recently unveiled Xian H-6N will allow the strategic bomber to drastically surpass its predecessor’s maximum strike range through the use of both supersonic drones and cruise missiles, according to sources close to the People’s Liberation Army Air Force (PLAAF).

The Xian H-6N made its first large-scale appearance after taking to the skies on October 1 as part of the military parade for Beijing’s 70th anniversary of the founding of the People's Republic of China. While there were clear changes to the supersonic bomber variant, such as the removal of its bomb bay and addition of an aerial refueling boom, specific details pertaining to the H-6N’s supersonic capabilities and lethality have recently emerged.

In a November 8 interview with the South China Morning Post, an anonymous source close to the PLAAF revealed the bomber is now suited to carry the CJ-100 supersonic cruise missile and WZ-8 supersonic stealth drone since the elimination of its bomb bay.

“The semi-recessed area under the fuselage of the H-6N is designed to carry either the WZ-8 or the CJ-100,” the military source said on Friday.

Speaking on the WZ-8, researchers Antoine Bondaz and Stéphane Delory explained to the Financial Times that the drone is expected to play a major role in allowing Beijing to “develop its conventional strike strategies into much more advanced models than those currently available, even in the United States.”

The CJ-100, or DF-100, also made its debut during the 70th anniversary military parade and, with a range of 2,000 kilometers (1,243 miles), has been dubbed the “hyper killer” by military hardware enthusiasts, according to the Times. The cruise missile is reportedly designed to mainly strike large warships and various land targets.

The PLAAF source explained that the CJ-100’s range, combined with the H-6N’s new aerial refueling feature - which allows the bomber to travel more than 4,000 kilometers - brings the aircraft’s complete strike range to approximately 6,000 kilometers (3,728 miles).

However, the CJ-100 and WZ-8 may not be the only munitions potentially carried by the aircraft. Earlier this month, the H6-N was the subject of speculation after it was featured on the cover of the Chinese military magazine “Modern Ships” with a ballistic missile slung under its belly.

Though the specifics have yet to be confirmed by the PLAAF in a public address, it’s suspected that the H-6N is capable of carrying a variety of other oversized payloads - including those with nuclear warheads.